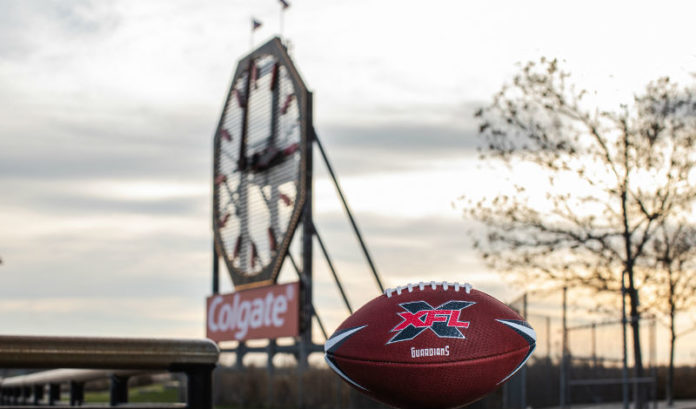 The New York Guardians of the XFL — who are based and will play in New Jersey — have unveiled their distinctive football design for the upcoming season.

That’s right, each of the eight franchises in the spring league will have a custom-designed ball.

The Jersey City-based Guardians’ football has white and black “X” marks on the points, helping receivers track the ball during offensive drives at MetLife Stadium and on the road in 2020, the team said Monday in a news release.

“I appreciate that the league has invested time and resources during the design and production phases to ensure we have an optimized football for gameplay,” quarterback Matt McGloin said in a prepared statement.

The traditional leather ball was designed and produced by Dallas-based Team Issue. It has a retail price of $125.

‘Ghosting’ in the workplace: How it can have lasting impact