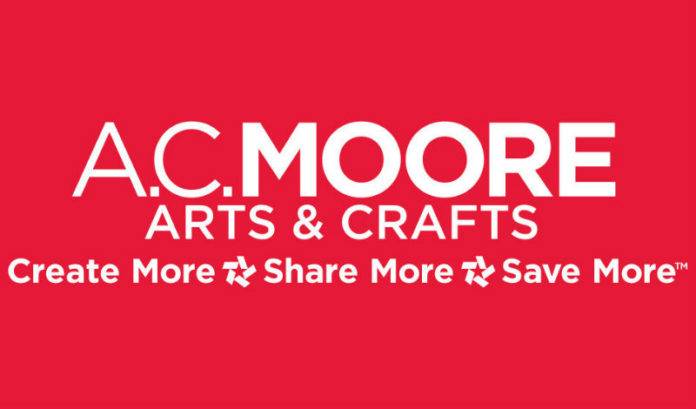 A.C. Moore, a Berlin-based arts and crafts retailer, will close the more than 145 stores it has left in operation, according to parent company Nicole Crafts.

Nicole Crafts said on Monday in a news release it will divest its retail operations by retaining the retail and real estate divisions of investment firm Gordon Brothers to close the remaining A.C. Moore stores.

“Unfortunately, given the headwinds facing many retailers in today’s environment, it made it very difficult for us to operate and compete on a national level,” A.C. Moore CEO Anthony Piperno said.

Under the deal, The Michaels Companies Inc. will take over leases at up to 40 locations and a East Coast distribution facility.

“This transaction enables us to further expand our presence in strategic markets and serve even more customers both online and in store. We are looking forward to re-opening these stores under the Michaels name in 2020 and welcoming new team members,” Michaels CEO Mark Cosby said.

Matthew Pascucci of Mackinac Partners has been named chief restructuring officer of A.C. Moore to assist in the transition.

“While it was a difficult decision for us, this transaction will result in a group of stores reopening under the Michaels banner subject to negotiations with landlords — allowing teams to continue serving the brand’s loyal customers and employ our valued team members in those locations. We believe the transaction was the best option for our employees, customers, vendors, landlords, and other key stakeholders and thank them for their many years of support,” Piperno said.