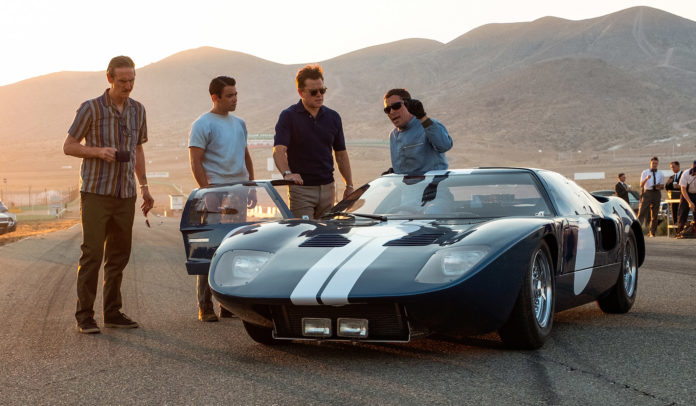 I took my 9-year-old daughter to see “Ford vs. Ferrari” last week. She’s an old soul with an affinity for sports cars and rock ’n’ roll. Of course, she likes hip-hop, too, and is proud to play “Old Town Road” as well as “Eleanor Rigby” on her new guitar.

This was her first adult movie and I thought it would be a great opportunity for her to learn about cars and auto industry history. I wanted her to see what real-life car racing was like, to contrast it with her video game experiences. But I also wanted her to learn something about innovation and ingenuity — and the freedom and empowerment it makes possible.

Many years ago, when I worked at Mercedes-Benz, I got to visit a pit lane at a European F1 race. It’s an experience I’ll never forget. She might not ever do that, or become the next Danica Patrick. But I want her to appreciate cars, and the independence afforded by driving one. When I see data showing fewer teenagers and young adults getting licenses and driving, I wonder: Might she never develop the desire to drive? Might she prefer to rely on autonomous vehicles and ride-sharing, so she can keep engaging with screens while she’s en route?

Even if fully autonomous vehicles eventually deliver safer outcomes in all conditions — and I deeply admire the innovators and investors who are steadily working to make that happen — I frankly hope she grows up loving to drive like I did. I’d love it if she comes to appreciate the thrill of controlling a powerful engine at speed.

Is that just nostalgia? Maybe it’s more: The way taking control of a powerful vehicle and owning the road remains a metaphor for taking control of the future and shaping it instead of simply letting it shape you.

The movie was fantastic, and it told a true story with — for Hollywood — surprisingly little deviation. Matt Damon and Christian Bale were brilliant, and the racing sequences were breathtaking. As for me, I was equally thrilled by getting to watch the Ford engineering team accomplish the impossible so quickly. Yes, they were incredibly well-funded — but, as far as I’m concerned, it was the hard-working and ingenious engineers who were the real stars.

Much like a startup, Ford’s diverse engineering team from Europe and the U.S. was running all-nighters to create an MVP (minimally viable product) in the form of the world’s fastest, most reliable race car. Anyone who follows racing knows how hard it is to overtake incumbent champions, even with a huge budget. What they achieved was truly extraordinary.

Their work also spawned innovations like novel testing equipment that ensured the endurance of the engines, transmission and suspension so the cars could race at redline for 3,000 miles for 24 hours straight at Le Mans. (If you want to know more about the history, check out this great “Top Gear” clip.)

The movie reflected passion, human dynamics and conflict, hard work, ingenuity, joy and tragedy. I´m certain it advanced my goal of educating and inspiring my daughter — about cars, and about innovation, too. Only time will tell — but, in the meantime, I plan to rent a V8 Mustang for a weekend in the spring and perhaps go see a race. (And, in 2021, just maybe an electric Mustang Mach-E GT.)