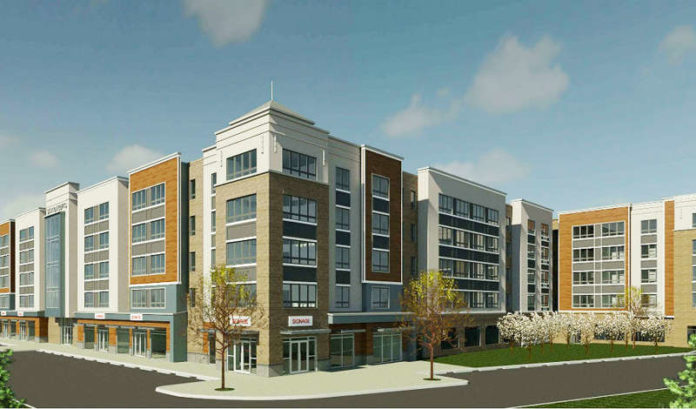 Construction has begun on a mixed-use, transit-oriented development in Woodbridge next to the train station, real estate firm Prism Capital Partners announced Monday.

The developer said the project, 10 Green Street, sits on the five-acre site of a former auto dealership and will eventually include 232 apartments and 12,000 square feet of retail space.

Prism, in a joint venture with the Northwestern Mutual Life Insurance Co., purchased the former Lucas Chevrolet property earlier this year. The site, located in the walkable downtown, is next to Woodbridge Station.

The development will include studio, one-, two- and three-bedroom apartments as well as street-level retail and amenities including a community room, fitness center and outdoor pool, among other features.

“Train access and lifestyle amenities — both in-building and within dynamic downtowns — are top-of-mind for today’s renter,” Cohen said. “This location checks every box in a community that is embracing smart growth initiatives.”

Bloomfield-based Prism, best known for its ON3 project in Clifton and Nutley, recently completed Edison Village on the site of the historic Thomas Edison Invention Factory and Commerce Center in West Orange, and is building a multifamily project on the site of the former Wonder Bread factory in Hoboken.