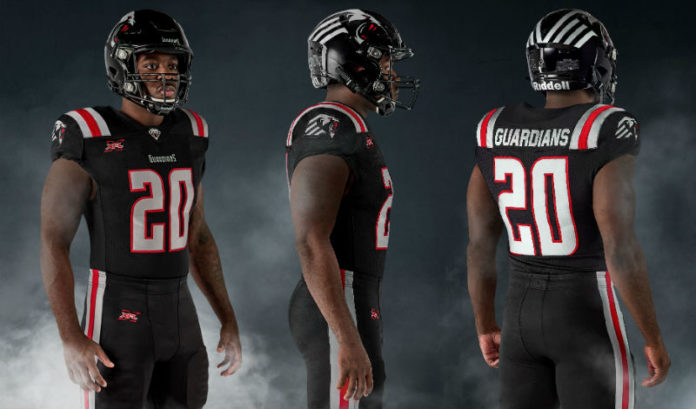 Gang Green and Big Blue will need to make room for the black, gray and red this spring, as the New York Guardians revealed their uniforms for the spring season this week, along with their XFL cohorts.

The New Jersey-based team, which is starting minicamp this week in Waldwick, said in a news release the league’s uniforms are made by Custom Outfitters, based in Florida.

“These striking uniforms embody the Guardians’ bold spirit and never-back-down mentality,” Guardians President Janet Duch said in a prepared statement. “Our entire organization is eagerly awaiting our first home game on Feb. 9 at MetLife Stadium, when our team will take the field in this battle-ready armor.”

The uniforms do not contain any advertising. They will be sold online at shop.xfl.com and in MetLife Stadium during games.

The Interview Issue: Dawn Fitch’s health woes led to her own...