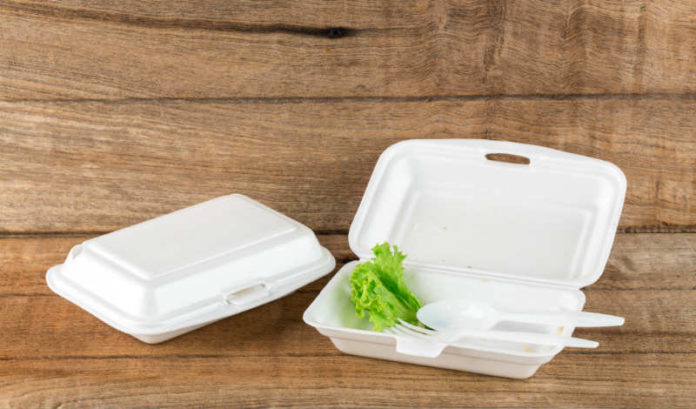 While discussions in the state Legislature are ongoing concerning the possible ban of polystyrene food containers, the one thing that has been sorely missing is the lack of any evidence that paper and other products are better for the environment. For a whole host of reasons, which I will get into later, let me definitively say upfront that polystyrene food containers are better for the environment than the alternative containers!

If the issue is that the bans are an effort to protect the environment, then why would we legislate the use of food containers that have a bigger impact on climate change and a bigger carbon footprint? All food packaging products leave an environmental footprint, no matter what material they are made from. This includes paper products and paper products with leak-proof materials.

If the real issue attempting to be solved is littering, then the substitution of one material for another will just mean that different materials will end up being carelessly discarded. People may think that they are littering “biodegradable” food containers, but biodegradable containers do not disappear as litter or degrade in landfills. This is a great misconception. They only biodegrade in a controlled composting environment.

That is why I believe polystyrene food containers are better for the following reasons:

If the goal is to advance environmental protection while protecting food safety, then the banning of polystyrene food containers is entirely counter to that goal. The Legislature should establish a task force to examine the environmental pros and cons of various food packaging containers and require the task force to report back its findings in one or two years — and then make an informed decision on protecting the environment.

Dennis Hart is the executive director of the Chemistry Council of New Jersey and has over 39 years of experience working on issue in Trenton, including 29 years in various staff and senior leadership positions at the New Jersey Department of Environmental Protection and the New Jersey Environmental Infrastructure Trust.

Williams is 1st woman to be named executive director of Carpenter...