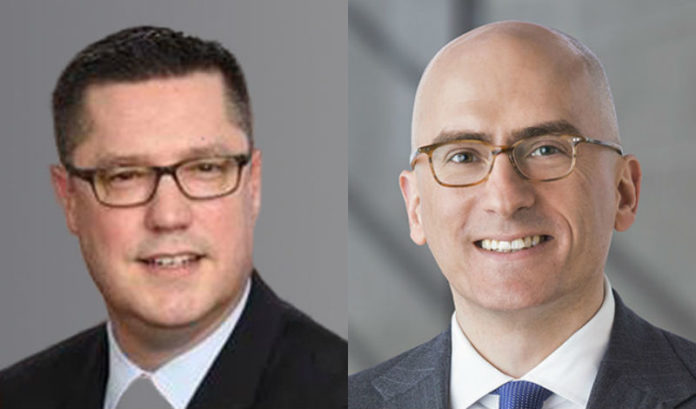 The $5.8 billion retail commercial property and casualty division serves middle-market and small businesses from 48 offices in the U.S. and Canada.

Ben Rockwell, who is currently executive vice president and chief underwriting officer for North America Commercial Insurance, has been named vice president of the Chubb Group and will serve as division president for Chubb Middle Market.

Both men will report to Paul Krump, EVP of Chubb Group and president of North America Commercial and Personal Insurance.

“It is a great pleasure to appoint Jim to lead our exciting and fast-growing small commercial and lower middle-market business,” Krump said in a prepared statement. “This is a high-volume, high-tech segment where efficiency and ease of doing business is the name of the game, and Jim is a proven insurance executive and business-builder in this space. …

“I am equally delighted to appoint Ben to lead our middle-market business, which is a core Chubb franchise. Ben is an experienced and seasoned underwriting executive. His expertise and leadership skills will be instrumental as we execute our ambitious growth strategies and provide the industry’s leading product and service capabilities for middle-market companies across North America.”

The two promotions are tied to the departure of C. Scott Gunter, who currently holds the posts, and are effective immediately.

“I want to thank Scott for his service to the company over the past three decades, and wish him and his family well,” Krump said.