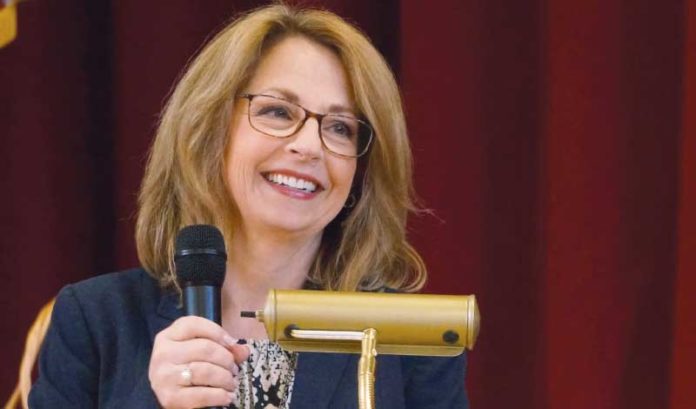 The value of a paycheck isn’t always found inside the envelope.

Nonprofit executive Julie Mower has often seen how simply having one addressed to you can enrich the lives of the individuals with disabilities who her organization serves.

“I remember one of our students got her first paycheck at about 18 years old and was running up and down the hallway of our facility with her paycheck in hand, happily screaming: ‘I have a paycheck! I have a paycheck!’” she said. “It was so adorable, but really shows how impactful it is, too. Because that one paycheck — it doesn’t matter the size — made that student feel important.”

Mower is executive director of the Phoenix Center, one of the many New Jersey organizations that work to prepare children and teens with disabilities such as autism for adulthood. The goal is to have every student of the nonprofit school develop the life skills needed to either hold a job, go to college or graduate to an age-appropriate program at 21 years old.

A significant part of preparing for that transition involves an employment support program that gives young adults a chance to sample different jobs, Mower said. As of today, an organization like the Phoenix Center has put just over half of its 16-year-old and older students in positions in which they earn that coveted paycheck.

It’s not a new concept — the Phoenix Center and other facilities have been busy for decade or more forging relationships with members of the state’s business community. But, judging by the impact it makes on everyone involved, including the employers, there’s more to be done.

And, as Mower pointed out, statistically speaking, more individuals are being diagnosed on the autism spectrum today. According to Centers for Disease Control and Prevention estimates, about one in 59 children will be identified as having autism.

“They’ll grow and age like anyone else, and this large population group is going to be out in the workforce in the future,” she said. “So, it’s important we’re doing all we can to make these individuals more visible in the workplace.”

The Phoenix Center has 33 local job sites for placements in a variety of industries; participating employers offer opportunities such as being a cashier, doing clerical work, custodial work or food services such as food prep or dishwashing. The nonprofit also provides about a dozen employment coaches to ensure the students are prepared for the assigned tasks.

The placements are temporary in nature, but, occasionally, those part-time duties lead to full-time positions. In a recent example of that, Mower said one student who gradually took on more and more responsibilities at Sunset Pub and Grill in Lincoln Park over the course of three years is expected to be hired to a permanent position after graduating the Phoenix Center.

“But, even when it’s temporary, there’s a lot of obvious benefits for our students to just being employed,” she said. “You’re earning a paycheck, feeling validated, you’re adding to you community and keeping the economic machine running — that’s something we all aspire to do on some level.”

With how beneficial nonprofit leaders such as Mower know employment support programs can be for individuals with disabilities, it’s easy to forget that there might be something in it for employers, too.

But Mower said it’s regularly true that businesses hiring these individuals note an improvement in the workplace’s culture.

Jim Russomano, who runs a Kia car dealership in Nutley, certainly has felt that during the around eight years he has had young adults with disabilities work for him with the help of the Phoenix Center.

He’s only apologetic that, during his many years before the partnership, he had no inkling of this program existing and being accessible locally. He’s sure that’s true for many other businesses.

“More business owners need to know about this; the more that know, the more will participate,” he said. “And what I offer here is only for a limited few students, but I know there’s businesses out there that could offer even more.”

The student currently working for Russomano, Zion, has been in his position there for about three years now. He receives new car parts that come in from suppliers, verifies that the order is complete and correct, and then stores it in a place it can be easily found.

Zion said he enjoys interacting with his co-workers — but the job comes first, of course.

“I tend to work very hard at my job,” he said, adding later that, after these experiences, he feels as though he can do “any type of work in the future.”

He does have something particular he aspires to: He wants to be a writer who can come up with stories that people enjoy.

Russomano is just glad to have been a part of Zion’s own story.

“Everyone here finds it very fulfilling to have students like him here and they’re excited to be a part of their transition into adulthood,” he said. “We enjoy it so much that I don’t know who benefits more, us or the students who come here.”

Nicole Whitfield spent more than a decade of her life studying and working in project management positions. It was the career path she expected she’d spend the rest of her life in.

But, when life had other plans, she ended up becoming one of New Jersey’s busiest advocates for children with disabilities.

Inspired by her son being diagnosed with autism at the age of 2, she founded the Special Parent Advocacy Group. The nonprofit, which she started in 2011, now runs after-school programs for children with special needs.

Whitfield said she realized most New Jersey school districts — particularly those in the state’s urban corridors — weren’t offering these programs. And, besides helping parents who work longer hours than most, these programs are crucial for reducing the amount of youth and adults that become institutionalized, she added.

“When parents are stressed out, when they never get a break, that’s how that happens,” she explained. “It’s difficult, and if you don’t know someone with a child with a disability, you don’t always understand. Some of these parents can’t even go to a grocery store because their child will have a meltdown.”

Whitfield’s organization now provides this service for more than 300 children across the state.

And, as her nonprofit continues to scale up in size, she hasn’t found herself too far afield from the project management role she expected to wind up in.

“To start a nonprofit, you really need those project management skills,” she said. “Every new program is a project. So, I’ve applied all those same business principles to this work.”