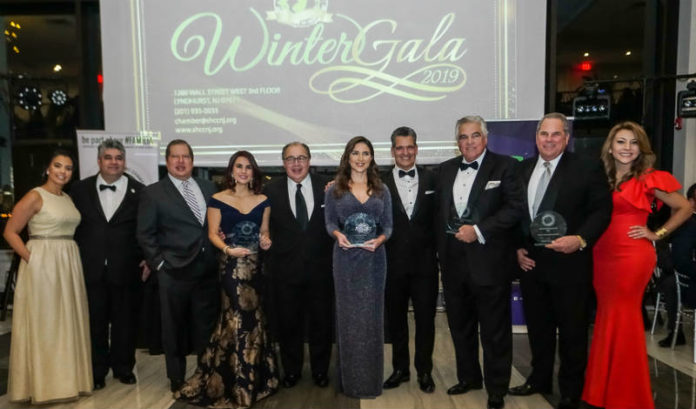 Great food, captivating music, plenty of salsa dancing — and a whole lot of fun. All at a waterfront location in Jersey City, the recently opened Hudson House. The annual Statewide Hispanic Chamber of Commerce of New Jersey gala did not disappoint this weekend.

“We know how to celebrate and throw a great party,” Chamber President Carlos Medina said.

But, if you think the Hispanic business community is just about the parties — or worse, composed only of small mom-and-pop businesses — then your thinking is in line with how many viewed the chamber when it first opened its doors in New Jersey 30 years ago. And it needs an update.

As much as Medina and his co-leader of the chamber, Chairman Luis O. De La Hoz, are thrilled with how far the Hispanic business community has come, they are frustrated that it is still viewed as a “potential” economic force instead of what it is: a U.S. population of 60 million that generates $2.3 trillion in economic activity.

“It’s a huge frustration of mine,” Medina said. “The word ‘potential’ is kind of ingrained in everybody, but it’s just not true. It’s not accurate. We are here. It’s a reality. But, for some reason, there’s always a sense, a vibe, that we are not a force. We are.”

That was evident Saturday night.

Judge Jose Linares was honored with the group’s Lifetime Achievement Award. He joked that he was only selected above so many other qualified candidates because he was old, but the reality is, he’s been a trailblazer. Linares not only is the first Hispanic to serve as chief judge of the United States District Court of New Jersey, he is the first Cuban-born judge to hold the honor anywhere.

Then there’s Juan Gutierrez, who migrated to the U.S. from Cuba at age 13 and has become an incredibly successful business leader, making his mark in the construction and engineering business. He serves at the chairman of JAG Cos., a conglomerate of three companies that are now run by his sons. He was given the President’s Award, one Medina joked he’s been trying to give him for years.

“Juan Gutierrez is a legend,” Medina said. “Judge Linares is a legend. These are two Hall of Famers in the Latino community that need to be recognized and held up as examples of all that has been accomplished.”

But, as much as Medina and De La Hoz want to honor the icons, they want to celebrate the next generation, too.

Lilia Rios, the co-founder of La Providencia in Passaic — which now has a presence in supermarkets and restaurants in 22 states selling ethnic kitchenware, arts and crafts, cleaning and party supplies — was given the Rising Star Award. She is a native of Mexico.

And Univision anchor Katiria Soto, a native of Puerto Rico, was given the Latina Trailblazer award.

For Medina and De La Hoz, the list of honorees and their successes are the impetus that keeps them going. They have grown New Jersey’s Hispanic Chamber into the biggest chamber in the state through strategic efforts that ensure future growth.

De La Hoz talked about the 15-week Hispanic Entrepreneur Training Program — a program that attracts more than just Hispanics. Each cohort is given the tools and the training to grow its own businesses. Then, members are given access to practice what they have been taught.

Many graduates were at the gala — and attend many of the nearly three dozen events the chamber puts on throughout the year.

“We have a lot of people who attend for the first time,” De La Hoz said. “That’s very important. They start to feel that they are welcome, and that they belong there. A small business owner who runs a business on their own doesn’t have many opportunities to socialize. This is the opportunity for them to learn the process of networking. The second time they attend, they will feel more comfortable.”

The experience, he said, is invaluable.

“For a small business owner to get a chance to sit next to someone from Goya or ShopRite gives them a sense of belonging,” he said. “It inspires them. It gives them the opportunity to put into practice what they learned in the classes.

“They can learn more from business owners that they admire because they will speak a language that is easy for them to understand.”

Don’t be confused, it’s the language of business, not Spanish or English.

This type of language barrier is one Medina said he still faces when he approaches companies in New Jersey. Medina wants to not only talk about business partnerships, but building better business understandings. His message is not always viewed that way.

“You’ve got the Horizons, the Wells Fargos, who get it,” he said. “They’re like, ‘Of course, we want to work with you. You’re our customers. We’d be crazy not to.’ But, then, you have the companies who say, ‘We don’t have budget for philanthropy.’”

Medina can only shake his head.

“I want to give them an understanding of the Hispanic community, something I know they are going to get a lot of value from. I’m not asking for anything. I’m not looking for a check, I just want to collaborate. But it’s frustrating when you get the door closed, often from, I would say, uneducated companies.”

Those companies, Medina and De La Hoz say, are shrinking in numbers.

At the same time, Hispanic-owned companies are growing exponentially. Especially in New Jersey, where there are more than 120,000 Hispanic-owned businesses.

It’s why U.S. Sen. Bob Menendez (D-N.J.) came. The same goes for Ramiro Cavazos, the CEO and president of the United States Hispanic Chamber of Commerce, who made the trip up from D.C. for the event.

Cavazos’ group promotes the economic growth, development and interests of more than 4.3 million Hispanic-owned businesses in the United States.

“We’re not only large and fast-growing, but we are the youngest population in America,” he said. “And this is more than social responsibility … it’s good business sense. We’re the consumer of the future, we’re the members who understand the marketplace and we’re the workforce of the future.”

One that is all business, Cavazos said.

“We’re not red or blue, we’re not Democrats or Republicans, we’re red, white and blue, but our favorite color is green,” he said.

It was one of the more rousing lines at a rousing event. One Medina and De La Hoz plan on having plenty more of.

“Every ethnicity has events where they celebrate their culture,” Medina said. “We’re celebrating the group that’s driving the economy.”

It’s actually quite simple: Come for the party. But leave with some new business.