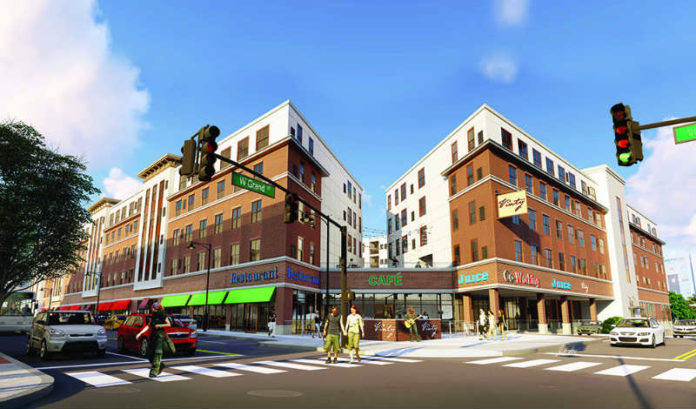 JLL has secured nearly $78 million in capital for the development of a mixed-use project in West Elizabeth, it announced Monday.

The $77.75 million deal will support Vinty, which will include 267 residential units and 37,000 square feet of ground-floor retail and office space at the corner of Union and West Grand streets, across from the Elizabeth NJ Transit Station.

JLL worked on behalf of LeCesse Development Corp. and MAS Development Group to secure a $55 million construction loan through Citizens Bank and Lakeland Bank, as well as preferred equity from Marble Capital LP, it said in a news release.

“Both banks quickly understood the strength of the market, depth of the unit and community amenities that will be developed, and the appeal of the site’s location steps from the train to Newark Liberty (International) Airport, Newark Penn Station and the PATH to New York City,” JLL Managing Director Michael Klein said in a prepared statement. “These factors will draw renters to Vinty for years to come.”

“JLL is pleased to have been able to secure construction financing on behalf of LeCesse Development and MAS Development,” Steven Klein said in a statement. “Upon completion, this project and the future phases that the borrower has in its pipeline are going to transform the rental market at the Elizabeth train station.”

Vinty will include four stories of residential units, including 25 studios, 175 one-bedroom apartments and 67 two-bedroom units. It will also include a 274-space parking garage and amenities including a fitness center, virtual golf simulator, pool and more.

“Vinty will be a transformative project, and the market recognized this was a special development plan, curated over many years by MAS Development and LeCesse Development Corp.,” Julien said in a statement.

The deal was arranged by Holliday Fenoglio Fowler LP before its acquisition by JLL on July 1. Co-brokerage services were provided by Jones Lang LaSalle Americas Inc.

Faropoint secures $1.6B in credit facilities