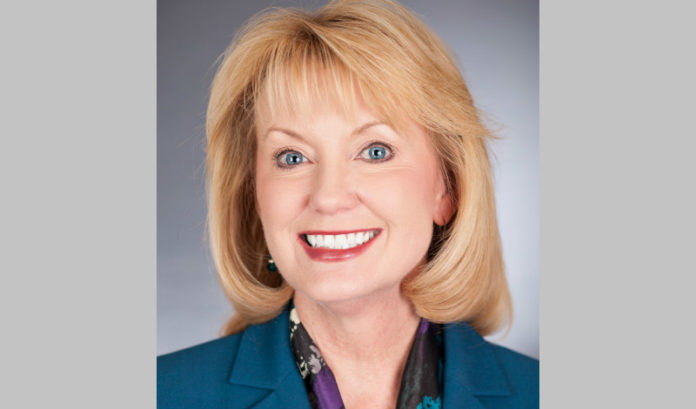 Susan Story will retire from her position as CEO and president of American Water, the largest publicly traded U.S. water and wastewater utility company, on April 1, 2020, she announced Tuesday.

Story, one of only a handful of female CEOs of major companies in New Jersey, will be succeeded by Walter Lynch, currently American Water’s chief operating officer.

“Being CEO of this great company has been a dream come true for me this past six years,” Story said in a statement released late Tuesday. “We know that what we do, delivering the critical health need of clean and safe water and water services, is truly a noble calling, and not just a job. Most importantly, I get the privilege and honor of working with incredibly talented and dedicated co-workers — my heroes — every day.”

Story, who worked for 38 years in the utility business, said it was a pleasure.

“I can honestly say that I have enjoyed every part of this journey — and completing it at American Water in a few months will be a perfect way to finish. After April 1, I look forward to continuing to participate in business through my board work, spending more time with my family, and becoming more involved in charitable efforts that are very dear to me, such as education initiatives for young people in economically distressed communities.”

Lynch, who started his career with American Water in 2001, has served as COO since 2008.

He has more than 25 years of experience in both the regulated and market-based water and wastewater industry. In his current role, he is responsible for the successful performance of American Water’s 16 regulated states, serving approximately 12 million people in more than 1,600 communities. Lynch also leads operations across the company’s footprint, as well as systemwide engineering, health and safety, and the company’s Military Services Group.

“Susan shared at her first board meeting as CEO in 2014 that she believed we should immediately address succession planning,” Kurz said. “Of course, as a board, we knew this was critical, and we appreciate that she has so openly supported these efforts with the board throughout her tenure.”

Kurz had plenty of praise for Story’s accomplishments as CEO.

“I would note that American Water became the first and continues to be the only water utility to become part of the (Standard & Poor’s) 500, the Dow Jones Utility Average and the Philadelphia Utilities Index during her CEO tenure,” he said. “Additionally, our five-year total shareholder return through the third quarter of this year is 186%, compared to 67% for the S&P 500, and our dividend growth CAGR over the past five years is 10.4%. And she did it while always living up to the company’s strong values.”

Kurz feels the company will continue its growth under Lynch’s leadership.

“Walter is an exceptional choice for CEO and, as a board, we have full confidence that he will continue our record of strong industry leadership and financial performance,” he said. “He knows the company, our employees, regulators and communities, and has played a key role in our successes over the past decade.”

“Walter has been an incredible leader in our company for almost 20 years,” she said. “We have been partners on this journey together during my time as CEO, and Walter is fully committed to continuing our progress in safety, customer obsession, environmental leadership and water quality, operational excellence and growth.”

Lynch said he hopes to continue Story’s level of excellence.

“She cares deeply about our employees, our customers, our communities and our shareholders,” he said. “With Susan at the helm, American Water is now part of the Bloomberg Gender Equality Index, the NAACP’s Inaugural Equity Inclusion and Empowerment Index, a Best for Vets employer, Military Friendly Spouse Employer and the Disability Equality Index with a perfect 100% score.

“Most importantly to her and all of us is the top priority she has put on employee safety, with a 60% reduction in overall employee injuries over the past five years and an 82% reduction in serious injuries since she became CEO. Both the leadership team and I are deeply committed to continuing all of these efforts, as our company values will not change.

“Her commitment to do well by doing good has led to many successes, and we are well positioned to continue to deliver those results.”

Lynch, who also served as president of the National Association of Water Companies, has served for several years on the board of directors and on its executive committee. He also serves on the Water Research Foundation’s board of trustees.

He attended executive education programs at Oxford University in England and IMD in Lausanne, Switzerland, and completed the Advanced Management Program at the University of Pennsylvania’s Wharton School of Business. A graduate of the U.S. Military Academy at West Point, he holds a bachelor’s degree in general engineering, and attained the rank of captain before his departure from the Army in 1990.

Why United expects Thanksgiving week to be busiest post-pandemic stretch —...