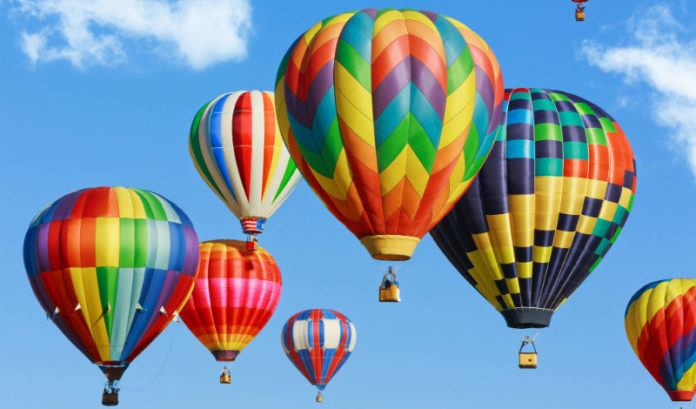 If you’ve been searching for an opportunity to be a title sponsor of a major event, it’s here.

The summer New Jersey Festival of Ballooning, a staple in Central Jersey for the past 37 years, may not return in 2020.

QuickChek, the title sponsor since 1993, is not returning — choosing, instead, to concentrate its marketing dollars on its new stores and a digital consumer marketing program.

That leaves Executive Producer Howard Freeman of the Festival Group in Fairfield scrambling for a replacement.

With QuickChek, which has been the title sponsor since 1993, changing its marketing focus, the clock is ticking on the New Jersey Festival of Ballooning’s efforts to find a new corporate partner or partners in order for next year’s festival in Readington Township to fly.

“The festival has proven to be a showcase event for QuickChek, PNC and many, many other corporate partners, and perhaps more importantly as a showcase event for the state of New Jersey,” Freeman said. “We’re proud to have grown it into the largest event of its kind, but with the major concert headliners, the airport rent and the cost to physically create the festival space, along with the balloons, it’s a large, seven-figure financial undertaking. Frankly, we need a good corporate citizen to step up in the mid-six-figure range by January 31 in order to stage the event in July of 2020.

“We check all the boxes for a company to enjoy truly unique branded messaging and a quantifiable return on their investment in a rewarding and positive environment as our new title sponsor.”

Freeman said the annual event has grown to be the largest summertime hot air balloon and music festival in North America. With up to 100 hot air balloons taking to the skies twice each day, a headlining concert series featuring Grammy Award-winning performers and an aggressive marketing and public relations campaign, the festival attracted 169,500 people in 2019.

“Today’s marketing is all about creating experiences for the consumer, and we’re proud of the success we enjoy in doing so every year, whether it’s the uniqueness of the balloons in the sky, our concerts, product sampling or just the opportunities for families to spend the day together,” Freeman said.

Freeman said the festival has been a great success in the air and on the ground, with an economic impact of $52.4 million and generating 918 million media impressions worldwide with front-page coverage and a large TV audience.

The festival produced a measured media value of $30 million for the consumer brands and services that supported the annual event in 2019 in reaching its affluent family audience, whose average stay is 7.5 hours a day.

With imagery and the fear of missing out being the largest component in social media and providing fantastic opportunities for people to take and post selfies across all social media platforms, the festival rises above other means of promotion, Freeman said.

It has an impact on the community as well. Over the past 27 years, the festival has raised more than $3 million for a wide variety of local charities and non-profits including children’s specialized hospitals.

In addition, Freeman said events throughout the year have extended the festival from a three-day event into a nine-month-long promotional opportunity, helping introduce companies, new consumer products and corporate affairs programs across the state benefiting many causes including early childhood education.