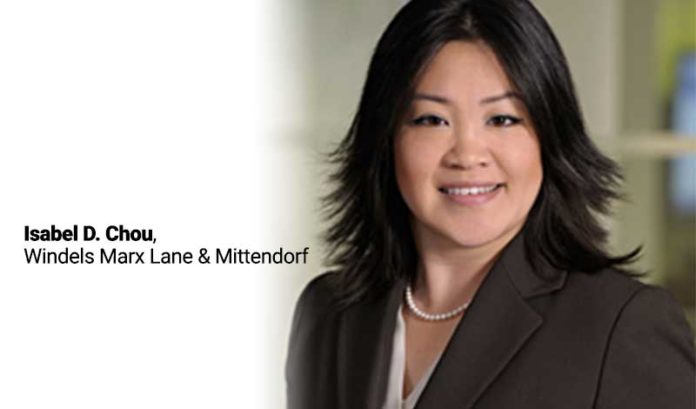 Windels Marx is pleased to announce the arrival of Partner Isabel D. Chou, resident in the New Brunswick office. Chou’s practice focuses on affordable housing, redevelopment, municipal and nonprofit law. She is experienced with the complex structuring and financing of affordable housing and redevelopment projects using federal, state and local government subsidy and incentive programs. Chou has worked with a range of public housing authorities, municipalities and private developers in the transformation of outdated publicly- and privately-run multifamily housing projects.

Robert J. Luddy, managing partner, who has led the firm’s expansion in recent years with lawyers focused in intellectual property, real estate, finance, corporate, bankruptcy, trusts and estates, and probate litigation, said of Chou’s arrival: “We are committed to deepening our existing strengths and diversifying our practice mix in areas suited to our clients’ needs. We welcome Isabel and particularly her affordable housing, redevelopment and nonprofit experience.”

Prior to becoming a lawyer, Isabel spent 10 years in nonprofit program management and organizational development, primarily focused on children’s health and education advocacy. She continues to serve as an active committee volunteer for various nonprofit organizations around the country. 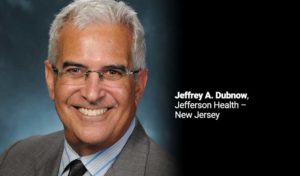 The Jefferson Office of Institutional Advancement has announced that Jeffrey A. Dubnow has been named associate vice president of development for Jefferson Health in New Jersey.

In this role, Dubnow will oversee all fundraising efforts for the health care organization’s New Jersey operation, including bolstering its major and planned giving programs, in addition to its annual gala and golf outing, which raise funds to support various patient-centered programs and services.

Prior to joining Jefferson Health, Dubnow served three years as vice president of development and communications for Chimes International, a Baltimore-based not-for-profit that offers a vast array of services to assist people with intellectual and behavioral challenges achieve their fullest potential. 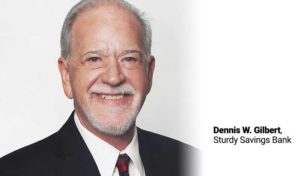 As business development officer, Gilbert will be meeting and visiting with Cape May Court House-area residents and business owners to discuss their personal or business banking needs.

Gilbert brings 48 years of banking experience in Cape May County to the position, having launched his banking career in 1970 at First National Bank of Cape May Court House. He has served in various capacities, including the department head of customer service; and most recently served as the branch manager for 24 years at OceanFirst Bank, formerly Cape Bank. 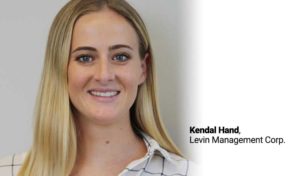 “Levin is a well-recognized, established firm known for its quality of service and professionalism,” said Hand. “Its impressive portfolio and team longevity were very attractive to me. I look forward to growing my career here, and for the opportunity to gain invaluable knowledge working alongside Stephanie Harris, vice president of leasing, and LMC’s many accomplished industry professionals.” 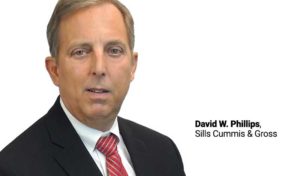 Sills Cummis & Gross is pleased to announce the addition of David W. Phillips as of counsel to the firm’s Litigation Department.

Phillips has tried numerous jury and non-jury cases, winning substantial verdicts, and successfully defending substantial claims. He primarily practices in the state and federal courts sitting in New Jersey and New York, and has also handled cases in state and federal courts across the country, as well as before the American Arbitration Association, the International Centre for Dispute Resolution, the National Association of Securities Dealers and private arbitrators. He has also argued appeals before the appellate courts of New Jersey and New York, and the Second and Third Circuit Courts of Appeal.

Arla D. Cahill, a partner in Mandelbaum Salsburg P.C.’s Litigation Department, has been appointed by the New Jersey Supreme Court to serve as vice chair of the District V-B Ethics Committee for Essex County. The appointment was effective Sept. 1.

The District Ethics Committee is coordinated by the Office of Attorney Ethics, which acts as the investigative and prosecutorial arm of the Supreme Court in discharging the court’s constitutional responsibility to supervise and discipline New Jersey attorneys. Cahill has served previously as an investigator on the committee for two, four-year terms, during which she was charged with conducting investigations and hearings in order to determine both the facts and the law surrounding grievances related to possible violations of attorney ethics rules or the law.

During the first half of 2019, Investors Bank expanded its business lending team throughout its footprint in New Jersey and New York markets. The effort supports the Bank’s strategy to enhance service to commercial, industrial, middle market, and business customers

Kokalas focuses her practice on complex insurance coverage matters and disputes arising under general liability and property policies, including both first-party and third-party liability actions. She regularly represents insurers through trial and appeal, as well as in arbitration and mediation, and provides coverage opinions, policy analysis, reservation/declaration letters and pre-litigation counseling. She also devotes a significant portion of her practice to complex commercial litigation, liability claims, and employment matters.

“We are very proud to have two influential women in leadership positions recognized with prestigious industry honors,” said Marc de Grandpre, general manager, New York Red Bulls. “Their unwavering commitment and dedication to the club has been nothing short of exemplary for the entire organization.”

Wind Port project, where towering turbines could be made, looks like...