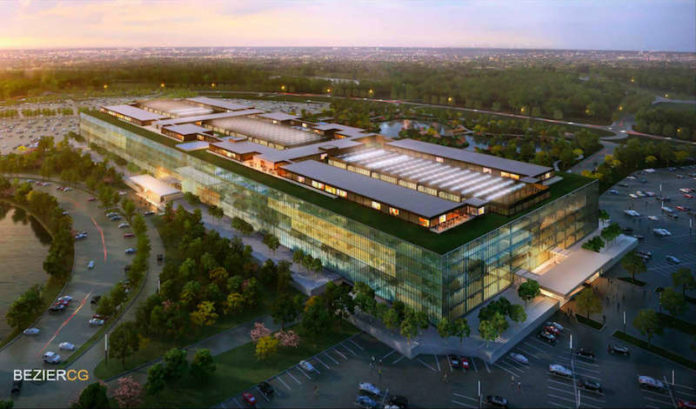 The Bell Works complex in Holmdel is getting refinanced, according to Meridian Capital Group.

The dealmaker said Monday it has arranged $200 million in financing for the Class A, 2 million-square-foot office campus at 101 Crawford’s Corner Road that was redeveloped from the former Bell Labs research facility.

Bell Works is comprised of four separate six-story buildings connected via open space walkways and a pavilion. The ground floor, known as ‘The Block’, features shops and restaurants. It has 1.4 million square feet of leaseable space in total across 236 acres with more than 4,000 parking spots.

“Having bought the property vacant only four years ago, the sponsorship had a vision that no one else saw—the concept of the ‘Metroburb,’ an urban oasis in a suburban setting. In an incredibly short period, sponsorship leased nearly 1.4 million square feet of office and retail space,” Anderman said. “Today, with Bell Works nearly 100% leased, this refinance allows the sponsorship to finish building-wide capital improvements, fund tenant improvements and leasing commissions, and pay off their existing debt.”

Unnecessary delay … or due diligence? No N.J. companies have received...