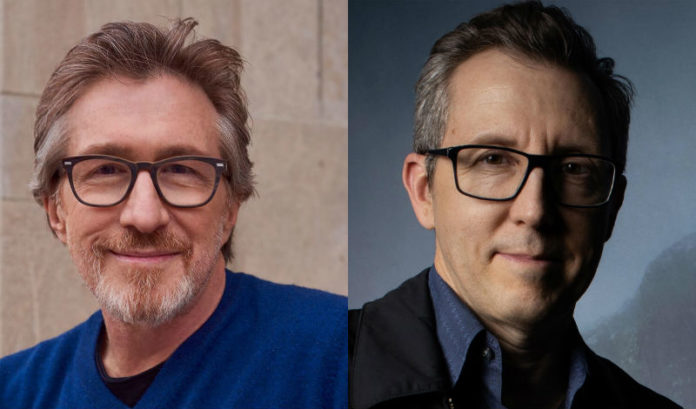 Bob Carrigan, a digital media executive with three decades of success at numerous top-level outlets and organizations, will succeed Don Katz as CEO of Audible on Jan. 2, the company announced Tuesday.

Katz, the founder of Newark-based Audible, will continue as executive chairman at the company and continue to serve as one of the leaders of Newark Venture Partners, a social impact early-stage investment fund.

Carrigan will report to Katz and work on overarching strategies as he takes over responsibility for global business operations. Katz will focus on Audible’s global content strategy and the company’s extensive social and public policy objectives in Newark and other locations.

Katz said the two executives have known each other for decades, making the transition a natural.

“Bob and I have traded insights on how to translate complex ideas into clear strategic and tactical action as trusted confidantes for years,” Katz said in a statement. “From the time Bob and I first met, when he was a senior executive at AOL two decades ago, I have watched him positively disrupt institutional status quos to measurable and lasting effect.

“I could not be more thrilled that the stars have aligned to allow him to join the Audible adventure full-time. Bob has lived Audible’s People Principles in his own way over three decades. To welcome someone like Bob as CEO is a thrilling leap forward for me, for our talented and committed employees around the world, and for our many millions of loyal listeners and the many millions more to come.”

Audible is the leading provider of premium digital spoken audio content. Its content includes more than 475,000 audio programs from leading audiobook publishers, broadcasters, entertainers, magazine and newspaper publishers, and business information providers. It is a subsidiary of Amazon.

Katz said Carrigan is a fit for Audible’s culture, too — something Katz always has taken pride in.

“Bob Carrigan is among the most accomplished, creative, intellectually adept and inspirational CEOs I have watched succeed over my 20 years of studying and chronicling businesses and my 24 years leading Audible,” Katz said.

“His transformational stewardship as CEO of the pioneering global information and subscription services juggernaut, IDG, and his visionary leadership as CEO of the venerable international data and analytics institution that is Dun & Bradstreet testify to his rare ability to field big ideas and turn them into customer-centric action. Both companies became far more connected to their customers, to their founding entrepreneurial roots, and both became more meaningful places to work.”

Carrigan most recently served as the executive chairman of Genscape, a leading provider of data and analytics to the global energy markets, until its sale to Jersey City-based Verisk Analytics in November 2019. Previously, Carrigan served as chairman and CEO of Dun & Bradstreet, where he led a business, technology, and cultural transformation that restored the iconic 177-year-old firm to consistent, profitable growth.

Before that, Carrigan served as CEO of IDG, transforming that company from traditional print publisher to modern media company, growing multiple new revenue streams across 200 countries.

Carrigan also spent four years at America Online Inc. as senior vice president of interactive marketing, leading business development for all technology channels. Carrigan is a former member and chairman of the Interactive Advertising Bureau. His industry distinctions include Ernst & Young NJ Master Entrepreneur of the Year, Folio 100 Industry Influencer and CEO Innovator of the Year for Large Business Publishers.

Carrigan said he is thrilled for the opportunity to lead Audible.

“Audible’s evolution from startup to global powerhouse is a remarkable business and cultural phenomenon,” he said in a statement. “I could not be more honored and excited to join Don and the talented people who have worked so hard to serve millions of customers and so many of our most gifted professional creators. I’m looking forward to being part of Audible’s next chapter as it soars into the future.”

Building a future: After strong 2018, Newark’s Bixby transitions to next...