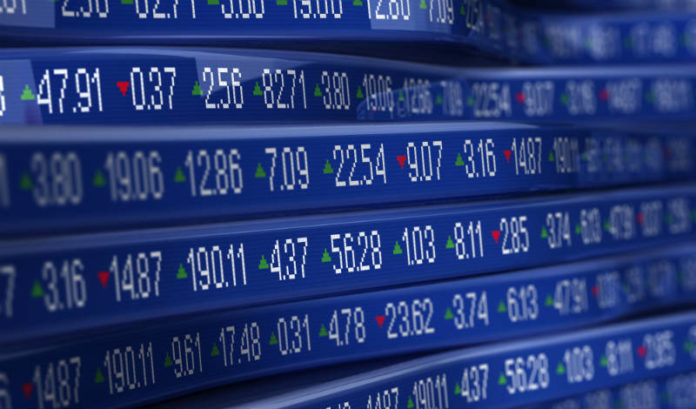 As the year is coming to a close, IPO activity in the U.S. fell in the fourth quarter due to a high impact of geopolitical and trade uncertainty, pushing overall activity down in terms of deals and proceeds, according to the Global IPO Trends: Q4 2019 report by Ernst & Young. However, activity is expected to rise in the first half of 2020.

Looking at next year (and particularly in the first half) a healthy uptick in IPO activity is expected as markets are likely to become volatile leading up to the presidential election cycle.

In the Asia-Pacific area, deal volume declined by 1% and proceeds were down by 8% in 2019, however, it led the regions. Europe, the Middle East, India and Africa were second by both deal volume and proceeds, and the Americas were third.

Activity in the fourth quarter was 5% lower in deal volume, but 53% higher by proceeds compared to Q4 2018.

“Two of the largest and long-awaited IPOs came to the market in Q4 2019, improving what had otherwise been a lackluster year in terms of IPO activity. As we head into 2020, we anticipate that some of the geopolitical uncertainties and trade tensions that plagued the IPO market in 2019 will fade. Market volatility will remain, and owners with the ambition of a successful IPO in the near-term will need to be prepared to take advantage of the windows of opportunity expected in the early part of 2020,” Paul Go, EY Global IPO Leader, said.

With 213 IPOs raising $53.9 billion, deal volume and proceeds in the Americas market fell this year compared to last year by 20% and 10%, respectively. The U.S. was the leading source for IPOs in 2019, accouting for 77% of Americas IPOs and 93% of proceeds, including 24 unicorn IPOs.

“As is typical, the bulk of Americas’ IPO activity occurred in the US for 2019. However, there was activity across a range of markets including Brazil, Chile and Canada. Coming into year end, we see momentum in all of these markets. We expect a strong environment across the Americas for business leaders who have the ambition to go public in 2020,” Jackie Kelley, EY Americas IPO leader, said.

In the Northeast, Derek Steinhiser, a partner and Northeast IPO leader at EY, said there is anticipation of a robust IPO market over the next eight months, particularly in May, June and July. However, some companies may postpone their IPOs until after the election.

““There looks to be a significant pipeline of companies preparing to become public in advance of the election,” he said.

Life sciences companies are continuing to be a leader for Northeast IPOs, as well.

“There’s still a strong appetite for — and success of — life sciences companies coming to market through IPO, which has been a sustained trend in the marketplace and no longer an anomaly,” he said.

“Across the Northeast, including in New Jersey, the strength of companies across all sectors is a significant positive.  So, even though New Jersey is well known for developing its life science communities, it has proven to also have a strong diverse cross section of technology, real estate, consumer products and manufacturing companies that are in a robust pipeline of companies that are working towards an IPO in the future,’ Steinhiser said.

Only one life sciences company came to market in New Jersey (four in 2018), Steinhiser said, but “I attribute this more to timing versus a fundamental change, as New Jersey continues to be a leader in investment and presence of premier health care companies in the U.S.”

A healthy pipeline of IPO candidates means that IPO activity could pick up across all regions, the report suggested, particularly in the Americas where a number of large unicorns are expected to launch their IPOs in the first half of 2020.