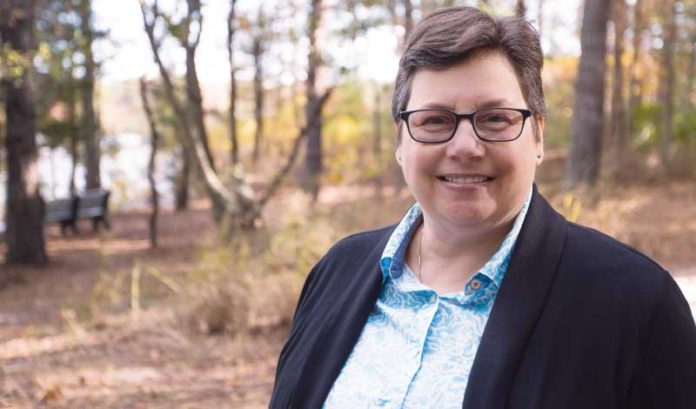 In taking the first step this month toward establishing a state-run bank, New Jersey’s executive leadership signaled that it wants to make history.

And, in one way, it already has: For the first time ever in the state … North Dakota is all anyone wants to talk about.

Not that there’s anything wrong with the Peace Garden State, but having the nation’s sole example of a state-run bank has made it more relevant than it ever has been to a Garden State where there’s a not-so peaceful battle over whether that model could be emulated locally.

Immediately after Gov. Phil Murphy signed an executive order in November creating an implementation board to draft plans for New Jersey’s own version of a state-run bank, bankers arrived with the swiftest opposition to it. Despite nearly sharing a state nickname, North Dakota is not New Jersey, they cautioned.

But how much New Jersey’s state bank plan will differ from North Dakota’s — and whether detractors from the New Jersey banking sector are right to worry about the potential for it to conflict with the interests of existing banks — remains to be seen.

Deborah Figart, a professor of economics at Stockton University who helped prepare a review of the financial impact of a state bank in New Jersey, said that, given that it was founded in 1919, the Bank of North Dakota has had 100 years to figure it all out.

“We can say, ‘Isn’t it great that the bank has given money back to the state, that it has these relationships with existing institutions and that the state as a result didn’t suffer from the credit crunch during the recession?’ — but it didn’t happen overnight,” she said. “A state bank in New Jersey will also involve a long process, but we have to start somewhere. Nothing is going to happen in the blink of an eye.”

The idea behind a state-owned, state-run bank is that it can guarantee loans — student loans, infrastructure investments and other economic development projects — that private institutions might otherwise avoid. As an added bonus, an institution such as the Bank of North Dakota has been able to then use some of its annual revenue to refill state coffers.

Figart’s survey of the potential economic impact of a system like that locally, which has been a talking point of Murphy’s since his 2017 campaign, forecasted a financial windfall. Based on economic feasibility studies done by Vermont and Santa Fe, New Mexico, her study estimated that every $10 million in new lending by a New Jersey state-run bank would yield up to $21 million in gross state product output, raise state earnings by upward of $5.2 million and add somewhere between 60 and 93 new state jobs.

The sort of lending that a state-run bank could facilitate is direly needed, she added. She pointed to the state’s failing infrastructure grades, which could be remedied in part by capital spending at lower interest costs through a state-run bank.

She’s a proponent of partnerships between a state-run bank and financial institutions to make more money available for needed projects, such as has been done in — once again — North Dakota.

“But, initially, there wasn’t always wonderful partnerships between community banks and their state bank,” he added. “What they found to be successful over time was focusing how they facilitate growth through banks instead of independently.”

In the aggregate, Robbins said the governor in his executive order highlighted laudable initiatives for the state: the need to support higher education, affordable housing and small business loans.

But, he added that, with the litany of state agencies there are already, he’s suspicious of the decision to layer on another agency to coordinate these resources. Additionally, his bank and many others give out millions of dollars in small business loans in a year. In fact, they’re required to reinvest in communities they serve.

“So, there’s already (a) mature industry in New Jersey that focuses on these areas,” he said. “So, I guess the question is, what is a state bank going to offer that the banks in New Jersey aren’t providing?”

“This is totally unnecessary,” he said. “We don’t think New Jersey needs another state agency when we have over $100 billion in unfunded liabilities.”

Based on what he has seen from other states weighing the decision on whether to start a state-run bank, Affuso believes there’s reason to fret about the initial investment it would take to get such an institution up and running.

Along with that, he’s not persuaded that the state’s leadership wants to cooperate — instead of competing — with the state’s community banks.

“The governor said he wants to partner with community banks, but in a news conference after that, one of his EDA executives was talking about municipal deposits, which are used by community banks to create liquidity and give loans in their community,” he said. “Going after those would be considered an attack on the state’s banking sector. So, there’s a disconnect between the governor’s words and those of high-level folks in his administration.”

Affuso also expressed concern that a bank operated by the state would weigh politics heavily when making loan decisions.

Besides small-scale infrastructure projects and student loans, state leaders have only conveyed that they want to increase access to capital for communities traditionally underserved by the financial sector.

Wole Coaxum, a Newark fintech executive focused on providing services to households without traditional bank accounts, will tell you that’s a problem that needs solving. About 55% of African Americans are either unbanked or underbanked, and that goes for about 50% of the country’s Hispanic population as well. And minority-owned businesses have well-reported trouble accessing capital.

“So, I think there’s a real need for innovation and thinking differently about roles different entities play,” Coaxum said. “For a state bank to play a role in being a catalyst for capital is an interesting idea. In many regards, it was the policies set by municipalities at a federal, local and state level that created a disparity. So, I think there’s a chance for those agencies to address the inequalities that have been established over many generations.”

Although it was in no way emphasized by Murphy in his announcement that the state would be formally considering a state-run bank, states such as California have looked at whether handling banking services for cannabis businesses — shied away from by most banks due to marijuana’s illegal classification on the federal level — could be a niche for a state-run bank.

Ultimately, it’s expected that the issue would have to be decided through the state Legislature. That may prove difficult, as several of the state’s top lawmakers, including Senate President Stephen Sweeney (D-West Deptford), have questioned the initiative.

That’s also assuming the yearlong planning process that’s currently underway in New Jersey ends with a clear recommendation to proceed with a local state-run bank. Back in 2011, a 21-member commission in Massachusetts recommended to the state Legislature that the Bank of North Dakota model was not a good fit for Massachusetts.

The commission was composed of some members with perspectives from within the private banking sector. So far, New Jersey’s bankers haven’t received that same invite.

“I would sure hope bankers are engaged in the planning process, but I don’t know of any of New Jersey bank that has been invited into the process now,” Musso said. “You would think someone that knows how the sector works would be brought in. But it’s largely a political committee that has been put together.”

Banking sector leaders don’t want to just oppose the effort; they say they want to be constructive.

“There’s a potential for collaborative solutions,” Affuso said, “but only if we’re looking at the means and not purely at the ends, just because there’s a desire to have a state bank.”

Having a bad bank account can break the bank.

Wole Coaxum, a former manager at JP Morgan Chase, said not having appropriate banking services can add up an unnecessary $40,000 over the course of someone’s lifetime. Unfortunately, he added, a lot of people in underserved communities don’t have access to quality banking services.

Coaxum left his Wall Street career for precisely because he wants to fix that.

He founded Mobility Capital Finance, or MoCaFi, about four years ago to offer individuals affordable financial products and a way to build their credit scores through a mobile platform. The fintech firm has been growing within Newark Venture Partners’ accelerator program since becoming accepted into its 2018 cohort.

In trying to bring banking services to those who might be using banking services for the first time, the startup is challenged by the need to acquire new customers. Coaxum wants the business to scale in a way that could make an impact; the current strategy to accomplish that is to partner with cities that could also benefit from the platform’s ability to encourage shopping locally.

“We really think of ourselves as an economic development tool to partner with communities to transform lives of people unable to take advantage of the great prosperity that has come about in New Jersey and elsewhere,” he said. “And it’s not a zero-sum game. You don’t have to take away from someone else to allow the lower end of the economic pyramid to grow.”

Youth is served: Krom, NJCPA president at 35, braces for accounting’s...