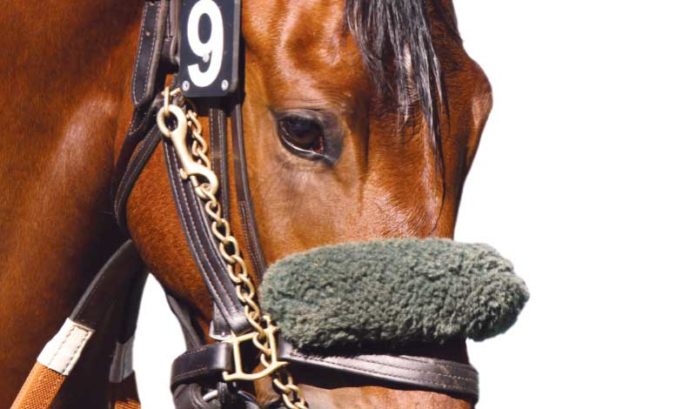 Sue Morris Finley has her own version of a media empire — one that doesn’t miss a beat when it comes to breaking news, such as the sudden death of a princess.

Her condition rapidly deteriorated, the publication reported in mid-November, so Princess Dorian had to be euthanized.

If you haven’t guessed it, Red Bank-based Thoroughbred Daily News covers purebred horses. It’s the sort of news that you can find few places elsewhere, partly because the publication’s founding was long enough ago that it got a significant head start in reporting on racing, sales and breeding in the United States and abroad.

The publication’s readership isn’t necessarily horse racing enthusiasts. The aim instead is to reach industry professionals or wealthy people who have made significant investments in horses and want to find out how those investments are performing; people for whom the death of a prestigious mare like Princess Dorian is more than a footnote.

“It’s like a Wall Street Journal of the thoroughbred world,” Finley explained. “If you’re going out to the racetrack and want to know who to bet on, this is probably not your publication. But if you’re going to a horse auction and you want a lay of the land, you’d read us.”

It might seem like a niche audience, but when you’ve left any would-be competitors in the dust, it clears the way for opportunities to reach a global market. The Thoroughbred Daily News website is visited by 1.3 million unique individuals per year, Finley said.

Finley’s publication is ahead of the pack in another way, too. Few places within the horse racing industry have so many women running the show. Finley — the CEO and publisher — as well as the editor-in-chief, the international editor and the advertising director at the company are all women.

Finley said it wasn’t much more than a decade before her first career as a thoroughbred horse racing reporter that women weren’t allowed in the press box of racetracks. Some of the first women reporting on this sport describe the press boxes as not even having women’s restrooms.

Throughout her career as a horse racing reporter, which she started in the mid-’80s after earning a journalism degree at New York University, Finley said she was lucky to have not felt discriminated against.

But there’s no denying the sport she grew to love after spending many weekends in her youth at New York’s Belmont Park racetrack was — and still is — male-dominated.

“I’ve been fortunate in that, throughout my career, I’ve done a lot of interesting things, but I’ve never been told, ‘We can’t have a 22-year-old woman making the morning line for races,’” she said.

In other words, she set the odds before horse races. That was her first job when she went to work for the New York Racing Association. She ended up in a full-time position in the press office there before becoming a researcher for ABC’s “Wide World of Sports.” After that, in 1993, she became co-publisher at Thoroughbred Daily News.

It’s like a Wall Street Journal of the thoroughbred world. If you’re going out to the racetrack and want to know who to bet on, this is probably not your publication. But if you’re going to a horse auction and you want a lay of the land, you’d read us.”
Sue Morris Finley, CEO and publisher, Thoroughbred Daily News

At that time, the Red Bank publication just had 120 subscribers across the globe. As much of an antique as they are today, fax machines made that early enterprise rather cutting-edge. With the ability to send a fax internationally, the publication was able to build a readership everywhere.

“So, someone could get up in England and have a three-page paper faxed to them that would let them know how their horse did in America the day before,” she said. “They also want to know how the horse’s relatives performed, because that affects the value of your own horse.”

Today, a daily PDF document is the main way the publication distributes news to its international readers. Around 18,000 horse breeders, owners and industry professionals have signed up to receive that document in a daily email. The publication’s website also features podcasts, video content and breaking news coverage.

“We try to stay one step ahead of technology,” Finley said. “We’ve grown the publication from its original iteration into something new. It’s much more multimedia-rich. We’re always looking for opportunities to give people something to listen to when they’re in a car, or watch when they’re sitting on a train.”

Thoroughbred Daily News intends to maintain its position as the runaway leader in its market by engaging with its audience in new ways. Needless to say, the publication’s fax machine hasn’t been used in a while.

Between its staff of 25 in New Jersey and more employees abroad, Finley believes she’s got the best team in the business. And, it just so happens, more than 80% of them are women.

“It’s not that we went out to hire a certain amount of women,” she said. “We’ve always looked to hire the best person no matter what, and that’s what we’ve done.”

Publisher’s Picks: Warming up when the temperature drops

Survey finds one thing Americans agree on: What type of company...