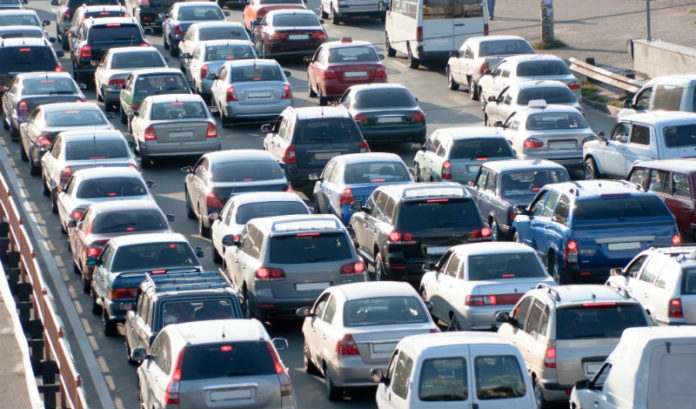 “I saw what my grandfather had started and what my Dad was able to build from there and I thought it would be a great opportunity for me, too,” he said.

Now, the third-generation owner and operator of Pine Belt Enterprises, a multimillion-dollar collection of family-owned car dealerships in Lakewood that has been in existence for more than 80 years, is taking on the well-being of his competitors and colleagues, too.

Recently appointed chairman of the New Jersey Coalition of Automotive Retailers, or NJCAR, Sickel will head the Trenton-based nonprofit organization designed to serve the more than 500 neighborhood car and truck dealerships throughout the state.

“We’ve been involved with NJCAR as far as I can remember,” he said.

Though Pine Belt Enterprises was founded in 1937 by Sickel’s grandfather, Sickel did not graduate from the University of Miami until 2000, with a degree in business administration. He then worked in Miami-based car and truck dealerships to learn the responsibilities and challenges of selling and servicing vehicles before joining the family business in 2004.

“I had to come to work every day knowing I had to work to gain the respect of my peers, to show them that I was worthy,” Sickel said. “And, in my 20s, once I thought I had it all figured out, I would constantly say to my father, ‘Hey, Dad, I got this.’”

Then, his father needed a kidney transplant and was going to be out of work for six months, minimum.

“I realized then how valuable it was to have my father around to bounce ideas off of,” Sickel said. “So, when he came back, I was grateful. We were then able to mix some of his old-school methods of the past with modern-day knowledge and technology to grow the business.”

Sickel has been overseeing Pine Belt Enterprises and its 270 employees since 2013.

“My brother, who is 10 years older than me, was a physical education teacher and track coach at the high school level for nearly 25 years,” he said. “When he retired last year, he finally decided to join the family business.”

Sickel said the goal is always to expand, with the business currently consisting of Chevrolet, Subaru and Chrysler-Jeep-Dodge dealerships in Lakewood, and its sister organization, Pine Belt Automotive, owning two Nissans and a Cadillac dealership in Toms River and Keyport.

However, while the market is still good, it has dipped a bit from where it was a couple years ago, Sickel added.

“Still, the dealerships that are doing all of the right things are seeing results,” Sickel said.

For Pine Belt Enterprises, that means first taking care of its employees.

“We believe that, if they feel valued and believe in our organization, the customers will, too,” Sickel said.

Then it means taking care of its communities.

“The local communities have supported our business and family for many years, so it is our responsibility to give back with things as small as Little League to paying for school lunches for kids and families at the end of the year so they can have a happy holiday season without having to worry about paying for food,” Sickel said.

Sickel also said sitting on the board of and being chair of the foundation for Monmouth Medical Center also helps him to create a broader reach in the community.

“We believe that our investment in our people and in our communities is what makes the difference for us,” he said.

Still, while neighborhood car dealerships in New Jersey represent $36.1 billion annually and support more than 74,000 jobs in the state, there are, of course, many industry challenges.

That is why Sickel is taking on his new role as chairman of NJCAR with vigor, as the organization promotes the principles of commercial honor and integrity in the selling, leasing and servicing of motor vehicles, while keeping members informed on a variety of business matters, best practices, market trends, legislation and regulatory compliance.

“The biggest issue, I believe, is unfair competition,” Sickel said. “For example, there are laws in place to protect car dealerships as well as the customer base, but, sometimes, those laws are not enforced evenly and consistently.”

When others choose to work outside of the rules, that makes things more difficult for everyone.

“Customers may falsely believe they are getting a better deal if they work with a broker, for instance, because they are advertising deals that would normally have (the) Motor Vehicle (Commission) shut them down — but that broker could be doing business without a Motor Vehicle license,” Sickel said. “So, NJCAR has had a number of discussions with Motor Vehicle to continue to push for better enforcement of these laws.”

NJCAR, founded in 1918, is also rebranding and updating itself to meet the everchanging demands of its members, their employees, legislators, the media and the car-buying public, including developing a new, more accessible website, Sickel said.

“For example, we want to be ready for the electric revolution,” he added.

“But we’re not even close to that, because, even though dealers are on board with the selling of electric vehicles, the consumer demand in New Jersey is not quite there due to affordability and a lack of infrastructure,” Sickel said.

NJCAR is therefore working with organizations such as Plug In America, a nonprofit electric vehicle advocacy, to provide specific training to dealership personnel.

“We also are working with legislators to make sure we can get ‘cash on the hood’ incentives for electric vehicle buyers to make these cars more affordable, as well as encouraging greater investment in charging infrastructure to support the number of vehicles desired,” Sickel said.

Lastly, NJCAR is working to address the expected critical shortage of more than 12,000 skilled automotive technicians in New Jersey over the next seven years.

“Any car dealer will tell you that labor is their No. 1 issue,” Sickel said.

Through a $907,000 Growing Apprenticeships in Non-Traditional Sectors, or GAINS, grant from the New Jersey Department of Labor & Workforce Development, NJCAR will cover an apprentice’s tuition for training and reimburse dealers for on-the-job training and mentoring expenses.

Its new Automotive Technician Apprenticeship Program, or ATAP, is designed to promote the benefits of a career in automotive technology so dealerships can better recruit, train and retain the next generation of automotive technicians with job-specific classroom instruction through local county vocational schools.

Fostering new employees is of paramount and personal importance to Sickel and Pine Belt Enterprises.

“My sons are 10 and 12 years old; my brother’s kids are 19 and 20 years old,” he said. “Whether all of them or none of them will want to join the family business is yet to be determined, but my long-term goal is still to make sure our organization is set up properly for a fourth generation.”

Rob Sickel said he had always planned to join the family business — but that didn’t stop him from starting up other businesses along the way.

“I truly enjoy the entrepreneurial spirit of creating and watching businesses grow from the ground up,” he said.

“It is tough to feel like you’ve found something for yourself in a family business, so I joined up with a friend to start a clothing company in 2005,” he said. “And we were doing well until Hurricane Sandy wiped out a huge shipment of ours at Port Newark in 2012.”

During this time, Sickel also served as founding director of Harmony Bank, a local community bank, and served on the board from 2007 to 2016.

“Local businessmen who my father and I have known for some time wanted to help me learn while also using our center of influence to help the bank grow,” he said. “It was a really valuable experience for me to be at the table with other influential people in the community.”

Today, in addition to running Pine Belt Enterprises, Sickel also has ownership interest in a variety of other entities, including Blazing Visuals Sign Shop in Point Pleasant, Pine Belt Insurance Agency in Lakewood and a Playa Bowls franchise in Sea Girt.

“Blazing Visuals Sign Shop spawned from our clothing business in 2011,” Sickel said. “When people saw that we could do large-format printing, screen printing and embroidery for local businesses, too, it was a natural transition.”

One client that requested signage was Playa Bowls.

“They were rapidly expanding at that point, so we partnered with them in a location at Oakhurst and opened our own franchise in Sea Girt in 2017,” Sickel said.

“It was simply a complementary business to what we already were doing,” he said. “We sell cars, and everyone who purchases one also needs insurance. So, we not only increased revenue for our organization, but also added a service for our customers.”

Kaplan out as part of United’s restructuring