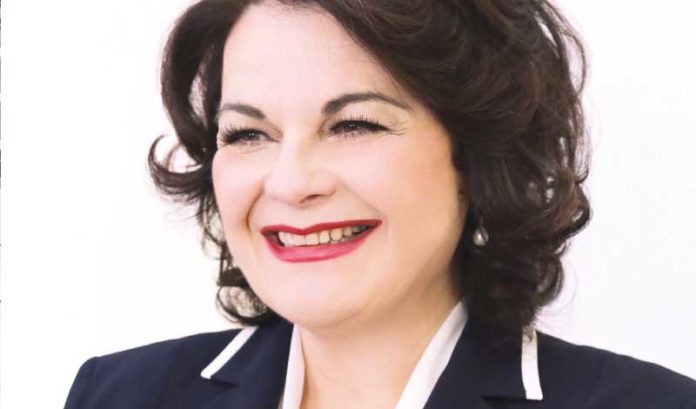 When Lydia Sarfati started her skin care company, Repêchage, in 1980, she had celebrities and other high-end clients locally who respected her.

She had the stars; now, she has the planet.

Repêchage started with exports to Japan, where the market responded well to the company’s proprietary seaweed treatments and cosmetic products. The Secaucus-based company’s growth has skyrocketed over the years, and it now exports to 55 different countries worldwide.

This local entrepreneur’s prowess no doubt got the business to where it is. But the global leader in skin care products is a constellation of moving parts today that’s much more than just one person — all because Sarfati had the foresight to scale her business from the start.

“The one thing that I find most troubling and difficult to manage is the fact that women tend to shy away from building a really scalable business that has an identity past themselves,” she said. “They tend to build businesses that can be profitable and fulfilling; what it’s not is transferable. If I have a business — and I’m the whole of it — but I want to retire or sell it, I can’t.”

More women are entering entrepreneurial ventures. The number of women entrepreneurs running businesses today shows more than 114% growth over what it was 20 years ago, according to the American Express-commissioned 2018 State of Women-Owned Businesses report.

What’s obscured in the optimism that should otherwise greet such improvements in the climate for women business ownership is that these companies start small — and often stay small, according to other data points in that report. Women-owned businesses employ only 0.7 workers on average, compared with 1.9 for all privately held businesses. Almost 90% of enterprises run by women also achieve less than $100,000 in annual revenue.

That national picture isn’t helped by the trend of women starting businesses that skirt a larger, perhaps international market. But Glick doesn’t blame anyone for it.

“Let’s say I decided to open a business. … What would I most likely do?” she said. “I’d be a business consultant that helps others build their brand or market themselves or whatever it might be. I would not build an organization.”

Research surrounding the motivations for women in business often reveals a majority are looking for an escape route for the usual demands of corporate life. Faced with that, starting a business yourself can appear to offer a greater flexibility.

“It allows you to come and go as you please, do what you’re passionate about and make a salary, but it’s often not creating something that subsists without you present,” Glick said. “Men don’t do that as much. I think part of that is women end up having other responsibilities put on them, (such as) taking care of elderly loved ones in the home.”

Holly Kaplansky, president of New Jersey Association of Women Business Owners, has seen a trend of women abandoning corporate roles to start their own business as freelancers, or as she called it, “solo-preneurs.”

“And, certainly, part of the reason we see them do that is because it gives them more control over their time,” she said. “Most the women who have left the corporate world want to have balance — with family, their homes.”

Donna Thompson, the organization’s communications coordinator, is one of those so-called solo-preneurs. She also left the corporate world to start an editorial and public relations services business and eventually help others self-publish through her own Woodpecker Press.

She’s supportive of those looking to launch growth-oriented businesses. But the eventual, inevitable corporate resemblances it would come with are not for everyone.

“I don’t really want employees; I use freelancers and I’m very happy with where I am,” she said. “It’s about what the women or business owner wants. … It’s about what they want to strive for and how much aggravation and conflict they want to deal with. If you want to be a big, international business with lots of employees as a woman, I believe you can do it if you put your mind to it.”

An entrepreneur aspiring to a highly scalable business requires equally high levels of funding. But just a quarter of women business owners seek business financing, while a third of male business owners do, according to the Women’s Business Enterprise National Council.

Women also ask for less money from investors than men — an average of $77,000 versus the $109,600 average men ask for, according to data from fintech firm Fundera. At the same time, women receive almost $5,000 less in average business loan sizes compared to male peers.

More women need access to capital to build companies that will prove to be profitable and sustainable, Glick said. But she’s hopeful future generations will have those opportunities.

“It’s sometimes easy to wring your hands when you look at the statistics,” Glick said. “I think what’s important is to think about how to make every setback a comeback.”

One especially concerning figure in the 2018 State of Women-Owned Businesses report is the gap in average revenue between African American women-owned businesses, $24,700, and other women-owned enterprises, $143,100.

With a highly profitable local business, Ramelle Massey, an African American woman who runs Newark-based Massey Insurance Agency, doesn’t fit that picture. But she knows where the problem starts.

“It’s quite a bit more difficult for women who are minorities to get same funding that other women can get,” she said. “That’s definitely one obstacle.”

After taking over the business from her father, she bolstered the insurance firm’s revenue by increasing the company’s commercial customers.

“Having experience in the corporate world myself has made it easier to grow the commercial side of the business,” she said. “We have a lot of clients that are large corporations; I understand what they’re looking for because I’ve been on that side of well.”

The Massey name is now well-known in Newark, where one business owner is clearly defying the statistics.

“We’ve glad to have the support of our community, businesses and people in the city of Newark, and that’s helped us sustain and grow,” Massey said.

Borgata is taking sports bets today – but here’s why others...

Ties that bind: 3rd-gen bookbinder keeps legacy in mind even as...