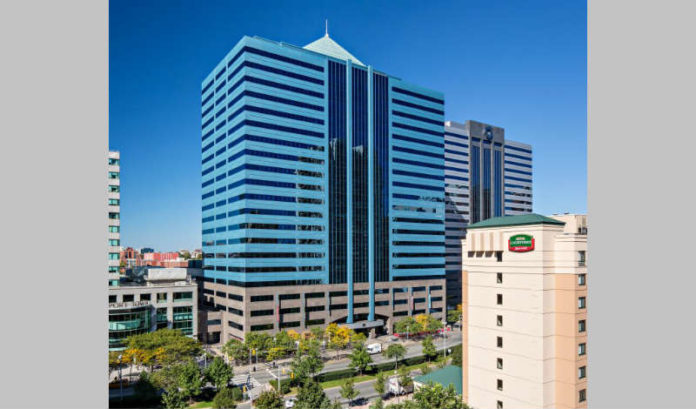 A Jersey City office building has sold for $372 million, a source familiar with the transaction confirmed to ROI-NJ.

Harbor Group International bought the 866,706-square-foot property at 545 Washington Blvd. known as Newport Office Centre IV from the LeFrak Organization, according to a report in the real estate publication Commercial Observer that was confirmed by the person with knowledge of the deal.

The first published report on the deal, in Real Estate Alert, said the deal would be the second-highest price ever for a New Jersey office property, and had fallen below the $400 million mark when LeFrak opted to retain the parking component.

According to the report: