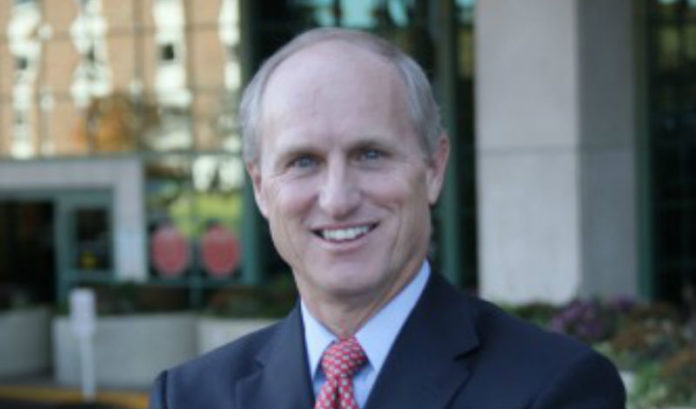 John A. Fromhold, who has led the Montclair-based hospital for a dozen years, will depart May 1, according to a news release.

“It was important to me that I begin this new chapter in my life with the completion and occupancy of our new medical office building,” Fromhold said in a prepared statement.

Fromhold was a partner and senior vice president with Merit Health Systems in 2007 when he identified the hospital as an acquisition candidate. When a joint venture of Ardent Health Services and Hackensack Meridian Health acquired it, Fromhold became CEO.

“I’ve been working with John since 2011,” Hackensack Meridian CEO Bob Garrett said in a statement. “He was instrumental in helping us achieve our mission to transform health care. Under John’s great leadership, the hospital turned around and ultimately thrived. We are proud to have Mountainside Medical Center as part of our network, providing high-quality, convenient and affordable health care to the communities we serve.

“I wish John and his family the very best in his retirement.”

Tim O’Brien, the hospital’s chief operating officer, will serve as interim CEO while the board searches for a permanent replacement.