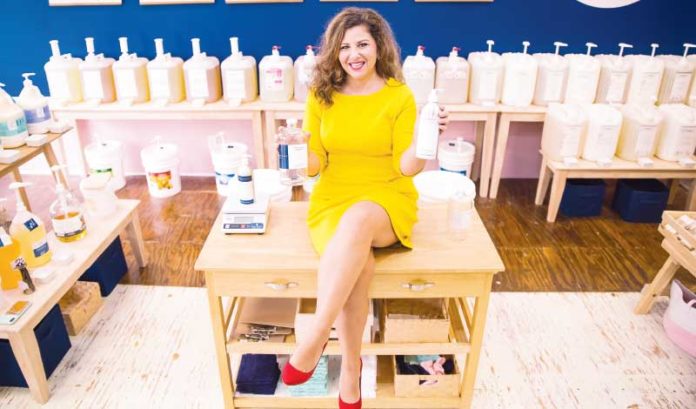 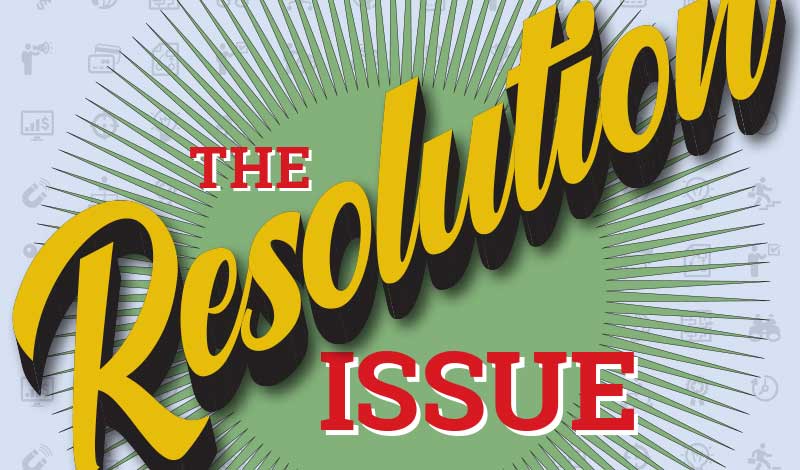 Last year, Deanna Taylor-Heacock made a New Year’s resolution. It wasn’t a pledge to start a new business, but that’s where it led her.

Now, in 2020, for a sustainability-minded business owner making a New Year’s resolution, she can help. That’s because, in the process of fulfilling her family’s 2019 vow to throw away less things, she not only learned a lot — she opened the state’s first zero-waste and refill store.

Taylor-Heacock’s Maplewood-based Good Bottle Refill Shop offers items such as refillable soaps, bamboo utensils, reusable mugs and water bottles. In other words, not solutions which are sure to make the public relations splash that companies eager to tout eco-friendly practices might rely on.

But, when it comes to making a real impact, the practices that go on behind closed doors — as in a company’s office environment — are just as important.

“Possibly the biggest impact a lot of small businesses could make is in the use of plastic utensils in the workplace,” Taylor-Heacock said. “You eat something for five minutes with a plastic spoon that will last forever; it won’t break down. So, if a business could figure out a way just to eliminate the use of those utensils … that would make a big difference.”

This new business owner, who launched her store within a cooperative retail marketplace in September, has spent many years inside corporate doors herself, where convenience sometimes takes precedence over lofty ideas about environmental conservation.

She recalls going from showroom to showroom as a buyer for Bloomingdale’s, and being offered a water bottle as a nice gesture each time.

“And it is a nice gesture, but that culture isn’t always looked well upon anymore,” she said. “The culture of bringing reusable water bottles with them is already replacing it. And a lot of people are conscious by now of the environmental impact of plastic — so why keep doing it?”

Adding what everyone by now has heard, Taylor-Heacock said younger employees are often on board with the sustainability mission. For no other reason than that, particularly because of the need for young talent and the notorious difficulty of retaining it, 2020 might be the time to reevaluate the seemingly small internal practices at a business.

Another reason might be the long-term cost of plastics and other products that wouldn’t be considered sustainable.

“I can’t for the life of me imagine why an office would continually buy plastic utensils, paper napkins and straws over and over,” Taylor-Heacock said. “It would seem like the best — and, in the long run, least expensive — option would be to have reusable options there for employees.”

Cost was no small part of Taylor-Heacock’s family decision to take a more sustainable approach to living.

“(A few years ago), I had stopped working and was caring for my kids … and, during that time, found myself constantly going to the store, having to pick this or that up,” she said. “When I got our year-end statements, I was floored. So, I streamlined our shopping habits with a more minimalist way of buying things.”

That led to her New Year’s resolution to cut down not only on wasteful purchases but the waste that comes with it.

“Throughout the months, after trying to find reusable alternatives to what we were throwing away, I discovered the community behind the zero-waste lifestyle,” she said.  “The fact that every toothbrush I’ve owned in my life still exists somewhere and hasn’t broken down — that resonated with me.”

She searched for stores where she could buy zero-waste products, she added. The concept was popular in places such as California, but it just didn’t exist in New Jersey. Now, with the Good Bottle Refill Shop, it does.

Even though sustainability has gained more traction with the business community, she wouldn’t say business owners account for a sizable portion of the customers she’s welcomed in.

But she’s hopeful that the new year will feature more businesses stocking break rooms with bamboo utensil sets, cloth napkins and other sustainable alternatives or encouraging their use by gifting them to employees.

“Our thinking here at Good Bottle is that you don’t have to do absolutely everything at once,” she said. “But small changes, like having bamboo utensils to eat with, make a difference.”