Home Education When Holloway is named Rutgers’ next president today, should it matter that...
Facebook
Twitter
Linkedin 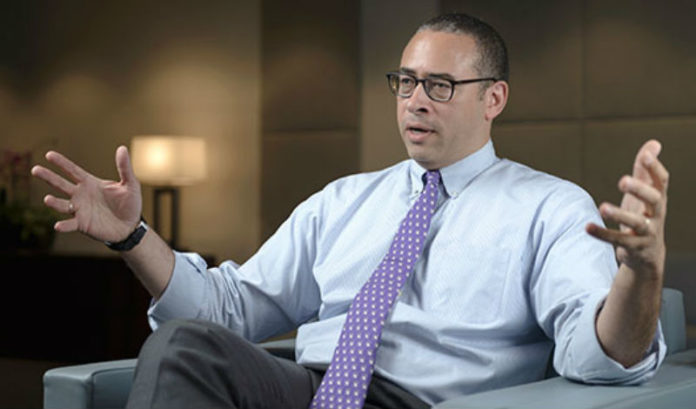 Jonathan Holloway will be formally approved as the first black president in the history of Rutgers University on Tuesday afternoon at a meeting of the school’s board of governors.

Which begs one important question: Why does it have to be noted that Holloway is an African American?

Nearly every story and comment on Holloway since the news broke Sunday has led with that fact. (ROI-NJ chose to lead with his background as a teacher and leader at two of the nation’s most prestigious universities, Yale University and Northwestern University.)

Should his race still matter in 2020? And do headlines and statements that assert race first diminish the accomplishments of the highly qualified?

We asked John Harmon, the founder, CEO and president of the African American Chamber of Commerce of New Jersey, if Holloway’s race should be his defining characteristic — and if Harmon is bothered that many have portrayed it that way.

“It bothers, but it doesn’t take away from the fact that this is a significant hire made by Rutgers,” Harmon told ROI-NJ.

Harmon, who spent part of Martin Luther King Jr. Day on a panel discussing King and the lack of economic opportunities for blacks in New Jersey at the Metropolitan Baptist Church in Newark, said race should be a question.

“You cannot deny the fact that he is black and qualified,” he said. “The question is: Why is he the first? We must acknowledge this, then move on from here.

“If the process is fair and open, we, as a state, will see more qualified black candidates identified and succeed in obtaining opportunities within the public and private sectors.”

The issue of opportunity — which many feel is the only sure-fire way to battle the issue of economic inequality — is a core one with Harmon.

It’s the reason Harmon helped organize panelists for a recent session of the state’s Joint Committee on Economic Justice and Equal Opportunity — one where the incredibly few opportunities for women- and minority-owned wealth management firms to manage state funds was widely discussed.

Harmon said this lack of opportunity was holding back the ability of minorities to enjoy economic growth. And he said it’s often because few people are aware that minority options exist.

“One of the roles of the African American Chamber of Commerce of New Jersey is dispelling the perception that black businesses lack the wherewithal to provide value,” he said last week.

Harmon knows Holloway is amazingly qualified. He hopes others will see that when they see Holloway.

But he’s also glad others will see a qualified African American when they see the president of Rutgers.

“For our current and future students to see a black man at the helm of such a great educational institution as Rutgers sets a great example,” he said. “My hope is that other organizations in New Jersey, both within the public and private sector, will apply the ‘Rooney Rule’ to the selection process when interviewing candidates for leadership roles and other opportunities.”

The Rooney Rule, for those who don’t follow the NFL, is a regulation that NFL teams must interview a diversity candidate when they are hiring a general manager or head coach.

Harmon believes it applies to all businesses.

“It is well-documented that leveraging diversity will realize the best outcomes,” he said. “This selection is a step in the right direction for New Jersey and the new year.”