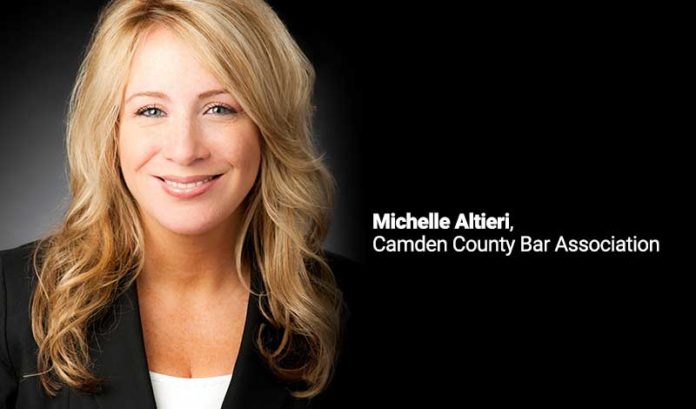 Charny Karpousis Altieri & Donoian P.A., a boutique South Jersey firm concentrating in divorce and family law, is pleased to announce its partner, Michelle Altieri, has been appointed co-chair of the Camden County Bar Association Family Law Committee. This comes on the heels of her appointment to the CCBA board of trustees in June 2019.

As co-chair, Altieri will be an ambassador of the bar and play a key role in encouraging members to plan programs, get involved in public service opportunities and recruit new members of the CCBA.

In addition to her work with the Camden County Bar Association, Altieri is a member of the New Jersey State Bar Association and its Family Law Executive Committee. She is also a master in the Thomas S. Forkin Family Law Inns of Court and serves as the programming co-chair as well as a matrimonial early settlement panelist in Burlington, Camden and Gloucester counties. 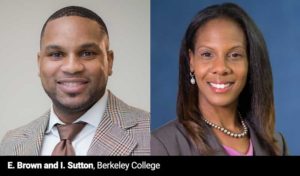 Berkeley College recently announced two new appointments for its leadership team in Newark and systemwide. Iessa Sutton has been named campus operating officer in Newark and Earl Brown, former campus operating officer, has been appointed to the position of executive director, academic partnerships and community relations, for Berkeley College in New York and New Jersey.

As campus operating officer in Newark, Sutton will handle day-to-day operations and collaborate with many departments to ensure that the policies, procedures and goals of the campus and college are met. She also will continue to strengthen partnerships in the community that build pathways to internship and career opportunities for students.

Brown began his tenure at Berkeley College in 2012 as a business development associate in career services. He was named campus operating officer in Newark in December 2016. In his new role, Brown will establish and expand academic partnerships with high schools and community colleges in New Jersey and New York. He also will oversee workforce development initiatives pertaining to adult non-credit and credit certificate and degree programs. 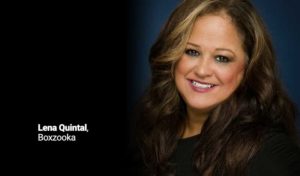 Boxzooka Fulfillment & Global eCommerce announced that it has hired Lena Quintal as its new vice president of client services operations. Quintal is responsible for managing client services and its operational infrastructure in the company’s main facility in Secaucus and its new 135,000-square-foot warehouse in Middletown, Pennsylvania.

Quintal brings a wealth of experience in fulfillment and inventory management, as well as extensive knowledge in client services. Much of her expertise comes from a 15-year position with Kenneth Cole, during which she was fully responsible for crafting all client facing policies, protocol and procedures, as well as developing the fashion company’s website. Prior to that, she spent several years directly managing 450,000 square feet of fulfillment for Century 21 Department Stores. She has also overseen direct-to-consumer fulfillment of brands including Barney’s New York and Tiffany & Co.

“Lena’s experience on the brand side will do nothing but elevate our ability to serve clients in a proactive way,” said Brendan Heegan, CEO of Boxzooka. “Her operational strategy is helping us find efficiencies in every department. She’s a great team player with invaluable hands-on experience.” 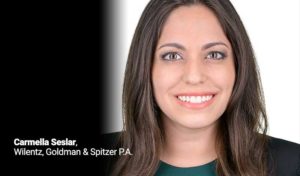 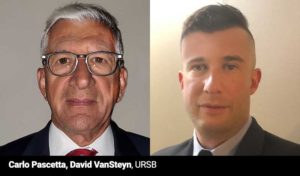 VanSteyn brings over 10 years of experience in the banking sector, including tenure as a chief operating officer. In that role, he oversaw all operations, including lending, deposits, accounting, compliance and BSA issues. He also was responsible for developing and executing overall strategic direction. 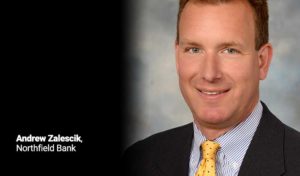 Northfield Bank, a wholly-owned subsidiary of Northfield Bancorp Inc., announced that Andrew Zalescik has joined the bank as senior vice president & team lead of Commercial and Industrial Lending for the NJ West Region.

Zalescik has over 25 years of lending experience and leadership roles in the banking industry, and he joins Northfield from M&T Bank. He is based out of Northfield Bank’s Pennington office.

Comar, a Voorhees-based plastic packaging, device and component supplier innovating solutions for customers, who lead the way to a healthier world, has continued to invest heavily in people, assets, and organizational capabilities to support growth since recapitalizing with Morgan Stanley Capital Partners in 2018. The company prioritized efforts to create a competitive advantage via its people strategy, through the way it acquires, develops, deploys and retains talent. An initial step on this multiyear journey was to strengthen and expand the senior leadership team. After several months of successful sourcing and onboarding, Comar is pleased to announce an expanded and strengthened senior leadership team.

Commvault, a recognized global enterprise software leader in the management of data for cloud and on premises environments, announced the appointments of two industry veterans to new strategic and operational leadership roles.

Announced at Commvault GO 2019, Mercer Rowe’s appointment as vice president, global channels and alliances, and Edison Peres’ appointment as a strategic go-to-market adviser come as the company embraces change and builds an even stronger, world-class sales and go-to-market team.

Control Point Associates Inc. has announced the promotion of David Hines to director of operations. Hines’ hard work and expertise have helped grow Control Point Associates’ reputation as a leader in the professional land surveying industry. His strong leadership, coordination and keen attention to detail have enabled him to grow continuously within the company.

As director of operations, Hines will be the bridge between the operational and production sides of the business. He will be responsible for implementing procedures to increase the quality and efficiency of the offices, as well as oversee the daily operations of the company. As an experienced and efficient leader, he will improve the functionality of the business to drive extensive and sustainable growth.

“As we continue to expand across all markets that we serve, having strong partner candidates is critical for best serving our clients and ensuring our organizational vitality. This year’s group of new partners exemplifies the best qualities of our firm and will enhance our entrepreneurial spirit and standard of excellence,” said Mazars USA Chairman and CEO Victor Wahba. “On behalf of the entire partnership, I welcome these talented and dedicated individuals as new partners.”