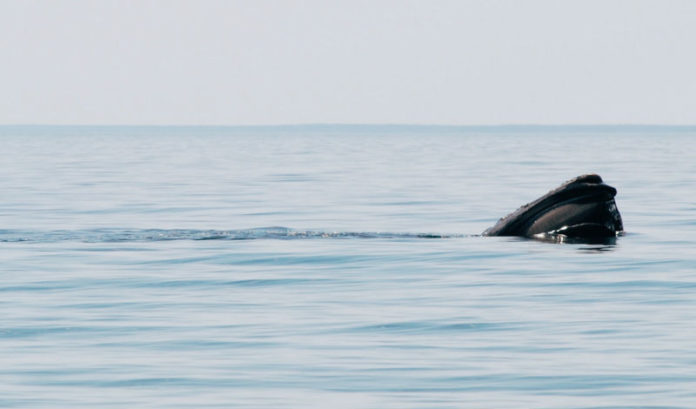 Orsted, with the support of Public Service Enterprise Group, will build and run the state’s first major offshore wind project, which it hopes will begin operation in 2024.

The company said it plans to apply the project’s learnings to develop tailored processes and procedures to better protect the North Atlantic right whale during survey, construction and operation phases of its U.S. offshore wind farm portfolio. The ECO-PAM project will ensure the company can act to solve the global climate crisis, while preserving local ecosystems.

Orsted officials said the goal of this academic partnership is to better understand the habitat as well as the presence, distribution and seasonality of the endangered North Atlantic right whale within Orsted lease areas. A secondary and added benefit of the partnership will enable coastal communities to utilize the oceanographic data gathered to help with weather forecasting and predicting severe storms.

“This unique project unites business and academia, allowing some of the greatest minds to work together to study and deploy new, advanced technology that will enable us to work toward the goal of helping to protect and conserve the right whale,” Orsted Head of U.S. Permitting Sophie Hartfield Lewis said. “It is imperative that Orsted take a leadership role in this, given our offshore presence along the eastern coastline.”

The three-year project will rely on data collected from two near-real-time sound detection buoys deployed by WHOI and one experimental buoy deployed by URI.  WHOI and URI will take the lead on advancing localization and detection distance methods for fixed buoy systems.

The project also will feature the use of an unmanned glider that will be led by Rutgers to telemeter to shore in near real-time oceanographic data and detections of marine mammal vocalizations.

The glider, a first for Orsted, will provide a persistent presence within and surrounding the Orsted lease areas in New Jersey. The project will share oceanographic data via the regional ocean-observing data portals such as Mid-Atlantic Regional Association Coastal Ocean Observing System. The information gathered will not only improve oceanographic models and characterization of the regional habitat, but it will also be leveraged via the participation in the established ocean observing systems to improve weather and storm forecasts of benefit to coastal communities.

One final element of the project will be the inclusion of acoustic receivers on the glider and buoys. This data will be shared with networks such as the Mid-Atlantic Acoustic Telemetry Observation System, which was established to monitor for fish tagged by multiple researchers in the region.  Data collected by the receivers will contribute to furthering the understanding of movement patterns of a range of species included those of importance to the fishing industry.

“Our project will help to minimize the impact of wind farm construction and operation on whales so that both we and the whales can reap the long-term benefits of clean energy,” said Mark Baumgartner, senior scientist, Biology Department, of the Massachusetts-based Woods Hole Oceanographic Institution.

Boxill to serve as interim president of Rutgers Foundation