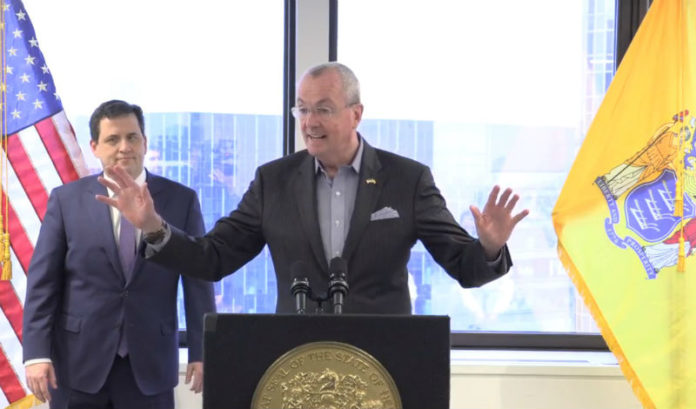 As the head of the Fair Share Housing Center, Kevin Walsh made his mark by being unrelentingly persistent in his desire to hold municipalities accountable for their affordable housing obligations in accordance with the Mount Laurel decision.

No one is better at doing that, I have been told repeatedly.

Everyone knows they can’t do a thing until they get his buy-in, many others have said.

Those are just some of the reasons Walsh has been a mainstay on every ROI Influencers: Real Estate list we’ve put together. And why Gov. Phil Murphy tapped Walsh to serve as the fourth New Jersey state comptroller Thursday.

“As a dedicated public interest attorney, Kevin’s independent and thorough judgement make him an ideal fit to stand up for New Jersey taxpayers as our next state comptroller,” Murphy said in a statement. “Kevin has a proven track record of fighting for civil rights and government accountability, regardless of politics or pressure. I will ask Kevin to continue to uphold the Comptroller’s Office’s reputation of demonstrating independence of thought and independence of action on behalf of all New Jerseyans.”

Walsh’s nomination is subject to advice and consent by the state Senate and is for a six-year term. He will begin serving as acting comptroller Monday.

The announcement was cheered by many.

“Kevin Walsh’s accomplishments speak for themselves,” he said. “Kevin has all the skills required to be a successful comptroller and, by all indications, he’s a great fit for this appointment. I wish him all the best as he takes on this new challenge on behalf of the people of New Jersey.”

“Over the course of his career, Kevin Walsh has been a champion for equal rights and government accountability,” Singleton said. “Kevin’s sound judgement and independent voice in the Comptroller’s Office will help ensure integrity and transparency across all levels of state government. I have known Kevin personally and professionally for many years and I am confident that he will be an effective watchdog for our state.”

The applause, however, was not universal.

“While successful at fighting to litter the state with high-density housing, his bullying and name calling against mayors, lawmakers, local officials and even me cause grave concern regarding his ability to be impartial, fair and just in this role,” she said in a release.

“When I invited him to participate on an important panel addressing how to better provide affordable housing in the state, rather than speaking to me about the invitation or even trying to understand my position on affordable housing, he sent an inflammatory response falsely labeling me a racist and xenophobe. When requested to present information to our committee regarding the numbers of affordable housing units being forced upon municipalities throughout this state by his organization, he refused to provide such information and ducked all requests to be transparent.

“Any municipality that has challenged his exorbitant housing numbers — which would result in overdevelopment and cause undue stress upon schools, sewers, infrastructure, environment and transportation — has been met with charges from him of racism, xenophobia and other inflammatory labels.”

“Fair Share Housing has been responsible for hundreds of costly lawsuits resulting in the courts dictating what we do in our towns and making the system a mess and expensive,” Bramnick said. “By appointing the head of Fair Share Housing as comptroller, Murphy shows no interest in stopping mandates that burden a town’s infrastructure, overcrowd our schools and hike up property taxes.”

So much for bipartisan support.

Walsh did, however, get a nod from the Rev. Dr. Charles F. Boyer, pastor of Bethel AME Church in Woodbury.

“Kevin Walsh is a powerful advocate,” Boyer said. “I have worked with him on various issues and know him to be an extremely gifted litigator and tactician for justice. His passion to do the right thing is unparalleled. Gov. Murphy is truly showing he is serious about independent oversight, transparency, and accountability with this appointment.”

“Kevin has been a tireless advocate for the unhoused poor for many years and has successfully fought and won many battles in the affordable housing arena,” Ladell told ROI-NJ. “Always steadfast with his principles and laser-focused on achieving demonstrable results, Kevin will bring new energy and focus to the comptroller’s position.

“I congratulate Gov. Murphy for this fine selection and I fully expect Kevin to rejuvenate the Comptroller’s Office and be successful as an independent voice and watchdog for the state.”

Walsh received a Bachelor of Arts from the Catholic University of America and holds a Juris Doctorate from the Rutgers School of Law–Camden. Walsh has volunteered with Catholic Charities of the Diocese of Camden, and with Build Jake’s Place, which helps construct inclusive playgrounds accessible to children and adults of all abilities. He is a resident of Merchantville.

How gaming impacts the world positively