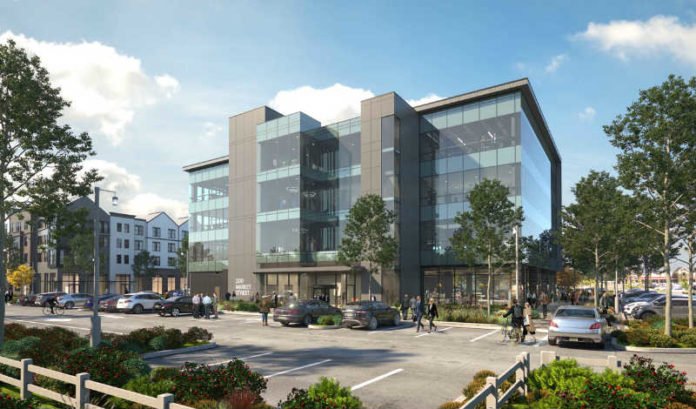 A law firm has signed a 12-year lease for nearly half the office space at an under-development office property coming to Montvale, according to the developer and owner, the S. Hekemian Group.

Beattie Padovano LLC will take 20,000 square feet at North Market, a mixed-use urban district on Mercedes Drive, S. Hekemian said in a news release. The space will be located at Workplace North Market, a 52,000-square-foot mixed-use office and retail building located at 200 N. Market St. in the district.

Beattie Padovano, which is moving from 50 Chestnut Ridge Road in Montvale, will occupy the entire fourth floor and a portion of the third floor at the building, which is located between West Grand Avenue and Philips Parkway.

The building is located on the sites of the former Mercedes-Benz USA North American headquarters and the historic DePiero Farm. The North Market district will include a total of 302,500 square feet of retail space, more than 300 residential units and more than 91,000 square feet of office space, as well as a 133-room luxury boutique hotel.