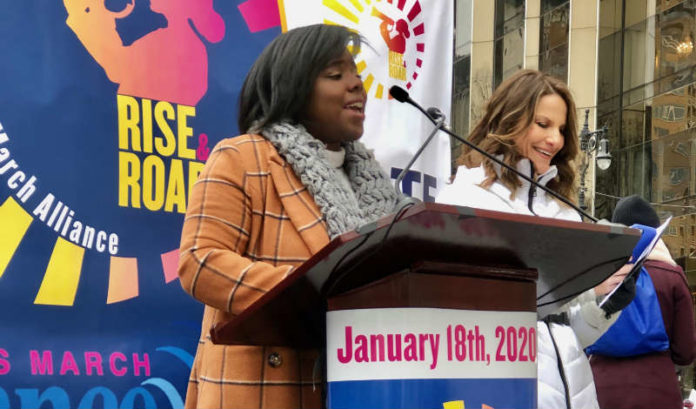 “We want as many women of color to apply as possible, and, as they do, we are definitely keeping an eye on where the entrepreneurs are, so that we can pop up in those local areas to connect with them and others more directly,” Olivia Owens, creator and general manager of iFundWomen of Color and head of partnerships at iFundWomen, said.

Announced at the recent Women’s March in New York City, iFundWomen of Color will, like its 3-year-old parent company, work to raise capital via crowdfunding while providing grant research, coaching, multimedia promotion and the connections needed to launch and grow successful businesses.

However, this platform is completely centered around funding diverse women-owned businesses, with women receiving just about 2% of all venture capital dollars, and Latinx and black women receiving much less than 1% of that.

“The data doesn’t lie,” Owens said. “And, at iFundWomen, we’re sitting on an alternative funding solution that we want to make sure women of color know about and can use to help launch their services.”

iFundWomen of Color is also seeking organizations in the tri-state area with which to partner directly, much like iFundWomen Newark did in 2017 with Mayor Ras Baraka, the New Jersey Institute of Technology and the Newark Community Economic Development Corp.

“We want to be in the places where our target audience already is to provide this crowdfunding education, including in coworking spaces and community networks,” Owens said. “New Jersey is certainly a space that we already are checked into and so we want to continue to build strong bonds in the entrepreneurial space here.”

Grassi grows in N.J. with acquisition of tax and accounting firm...