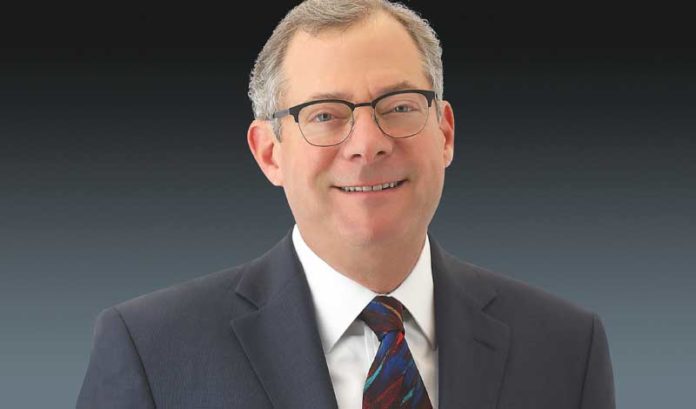 Brach Eichler wasn’t just on the verge of collapse during Great Recession — the Philadelphia-based firm that it was part of did collapse, just five months into the 2008 market downturn.

The Roseland law firm, originally founded in 1967 before it was acquired by the firm destined to go under during that fraught period, reestablished itself shortly thereafter as the standalone Brach Eichler LLC.

Just over 10 years later, it’s one of the swiftly-growing regional law firms outperforming even the national firms — firms that, according to recent figures, are collectively posting the best results since before that recessionary cliff claimed many of them.

Based on results for a selection of national and regional law firms surveyed by Wells Fargo’s Legal Specialty Group, revenue growth was at its best levels in 2018, and even continued an impressive growth streak into last year. Revenue growth arrived at 5.3% for firms participating in the Wells Fargo report last year, with regional firms posting the best metrics.

In terms of the data that’s out there for local legal practices, firms are continuing to grow their revenue-per-lawyer numbers, according to recent Law Journal rankings, but not all of them are growing attorney head counts.

Brach Eichler, after spending many years curating one of the largest health care law practices in the state, as well as other highly regarded practice areas, has been able to do both.

John Fanburg, managing member and chair of the firm’s health law practice, said the firm at year-end 2019 had about 70 lawyers, with a gross revenue of $46 million. Those numbers are up from the past year, which was already a year of growth compared with the prior year’s numbers.

At the same time, Fanburg isn’t too concerned with upping the firm’s sheer attorney count.

“Some think you have to be bigger as a law firm, because that’s what clients want,” he said. “I’m not so convinced of that. Bigger doesn’t scare me, but it has to be for a reason. It has to be meeting client needs, not just being bigger for the sake of it.”

Fanburg added that the firm has brought in lateral hires “by ones and twos.”

“This is a multiyear marathon we’re running,” he said. “Not only do we want to position ourselves well for clients, we want to recruit very capable people and steadily evolve to a third-generation law firm.”

In the coming years — no matter what the economy has in store — a regional firm on a hot streak like Brach Eichler hopes to continue being able to increase its base of revenue.

That growth also can’t be wrought simply by charging clients more, because, as Fanburg explained, it’s a competitive field for law firms — and not all clients can tolerate higher rates.

Striking a balance between sustaining the revenue growth of an expanding law firm and keeping overhead in check isn’t a simple task for heads of law firms, he added.

“But that’s just part of our job description,” Fanburg said.