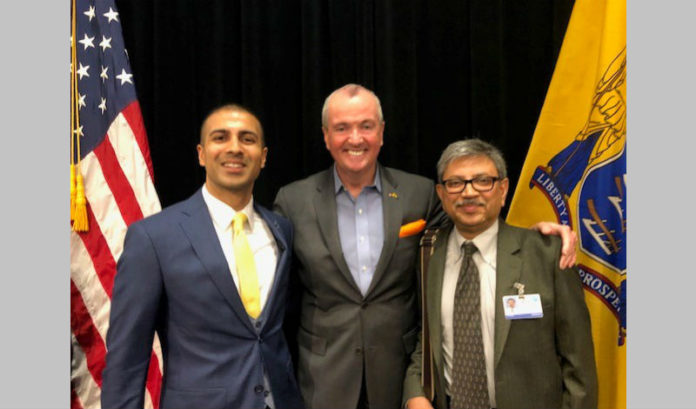 In his years working in some of the top hospitals in the state, as well as serving as the medical director for the New Jersey Reentry Corp., Dr. Aakash Shah has learned a few indisputable facts about violence: It’s not a one-time event. And treating it as such will most likely increase the chances of a future occurrence.

“It makes no sense for us to move heaven and earth within the four walls of the hospital, stitching someone up, only, to put it bluntly, to discharge them into an environment that cuts them open again,” he told ROI-NJ. “But this happens in emergency room after emergency room, in city after city, in state after state, year after year.

“I think those types of stories finally compelled a group of folks to say, ‘We’ve got to do better than this.’ That’s what this program is trying to change.”

Murphy said the commitment is the largest such investment in the U.S. and aims to support communities with a comprehensive, hospital-based approach to stemming violence.

Shah said he knows exactly how the money can, should and will be spent: working with other organizations to ensure those entering emergency rooms as victims of violence are treated for more than just the injuries themselves.

“At the end of the day, when you’re trying to break cycles of violence, it doesn’t need a slick app or a fancy marketing campaign,” he said. “What it needs is people. What this grant gives us the opportunity to do is to hire the support needed to make a real, tangible difference in the lives of those who have been victims of violence.”

It starts, Shah said, with a human connection.

“As soon as someone who has been identified as a victim of violence is medically stabilized, we’ll have a peer (sit with an) individual who has suffered violence him- or herself, at the bedside,” he said. “It will be someone who can talk to them, who can better probe what happened and what the circumstances (were) — both directly and indirectly — that lead to the incident. And then they’ll work with social workers, case managers (and) mental health and addiction service teams to ensure that that individual has a plan in place to avoid this from happening in the future.

“Our work starts from the moment they enter the door and then continues well after the time of discharge. Our social workers and case managers will now be able to follow up with them in the community. They can connect them to job training and employment, educational opportunities, reentry services, whatever that already exists in the community that can make a real, tangible difference in their lives. We’ll now undertake the work of figuring it out and connecting them to it and doing what we can to keep them connected to it.”

Shah cites groups such as Hazlet-based 180 Turning Lives Around, which already partners with the hospital in cases involving domestic and sexual assault. He talks of working with Brookdale Community College, New Jersey Reentry, the Monmouth County Prosecutor’s Office and, within that, the Office of Witness Victims Advocacy.

“The type of support we’re looking to bring into the picture is what best practices are in this space,” he said. “It’s case managers, social workers, mental health counselors and addiction treatment and recovery services, to really provide robust wraparound.”

The partnership can pay off, Shah said.

“What we’re looking to do is serve as force multipliers,” he said. “We recognize that there is experience, an expertise, in the community, some of which we already actively partnered with.

“We want to work with the community, ranging from community-based organizations to the prosecutor’s office, to understand what they feel would be most helpful and then collectively move the needle on this on this issue.”

It’s an issue that needs to be faced in different ways.

Policies that seem to apply disproportionately when it comes to age, gender and ethnicity.

Shah lives this reality every day.

When applying for the grant, Jersey Shore cited the following statistics for those entering its hospital as a victim of violence:

Nationwide, homicide is the second-leading cause of death for people ages 15 to 24, according to the federal Centers for Disease Control and Prevention. Every day, 100 Americans on average are killed by guns and 100,000 Americans are shot and injured each year.

Then there’s this, Shah said.

“All too often, today’s victim is tomorrow’s perpetrator,” he said. “So, when we’ve got that victim right there in the hospital with us, we’ve now got the people to sit down with them and figure out what they need and then make it happen.

And a commitment to get it done.

“They really have gone out of their way to make work like this happen,” he said. “And, I think, thanks to the leadership of the governor, of the attorney general, we finally have the resources to do it.”

The hospitals selected to receive grants include:

HAVI has extensive experience in providing training, technical assistance, and support for HVIPs across the United States. HAVI will receive a VOCA grant to support all nine of the programs in New Jersey to ensure they have all the tools they need to follow national best practices.

Pictures and receipts: For businesses hurt by Ida, documentation is essential...