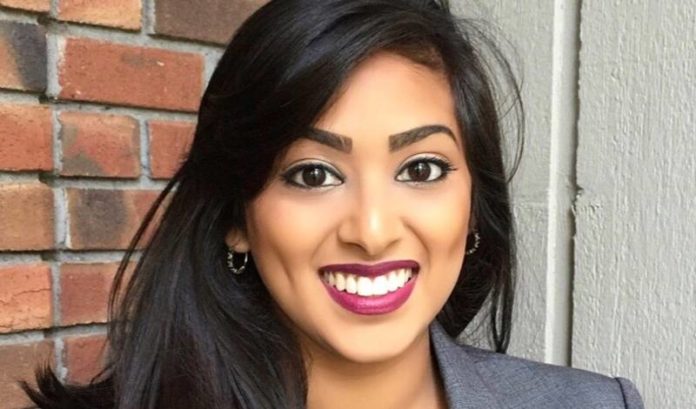 Imagine finding the love of your life in high school, eventually marrying him and building a life and career together — only to discover, 15 years later, that when some men learn of this fact, they wonder if it means you’re bored and on the market.

This is not a joke. This is the culture in Trenton.

One that Sabeen Masih, a vice president at Capital Impact Group, has lived with since she started working in New Jersey’s capital in 2012.

“Some will ask, ‘How seriously are you committed to your relationship?’” she said. “I’m serious. I’ve been with my partner since high school, so we’ve been together for 15 years. I think when some people find that out — and look at the juxtaposition between that and my outgoing personality — there’s sometimes an inappropriate response that hasn’t been being properly vetted.

“You would hope being in a relationship would create some barriers. And, for some men, it does. And there’s some that just like to push that barrier as far as they can and see what would happen.”

It’s why Masih understands the responsibility she is currently tasked with — bringing to light that same culture that has flourished in Trenton.

The toxic and misogynistic culture exploded into the consciousness of many New Jerseyans during a revealing and disturbing Dec. 30 article by Susan K. Livio and Kelly Heyboer of NJ Advance Media and The Star-Ledger.

The women who work in Trenton were hardly surprised. Being harassed, groped, propositioned or more has come with the territory for far too long.

Masih is now one of 13 women in Trenton who have been asked by state Sen. Loretta Weinberg (D-Teaneck) to sit on a working group aimed at bringing these issues to light.

Masih, who started in Trenton while getting her master’s degree in public policy, political processes and institutions at Rutgers University’s Bloustein School, sure feels that way.

“I truly think it’s been bad for quite some time,” she said.

Women are finally being heard.

The article detailed the big things: harassment, groping, even assault. Masih says women are subjected to little things every day.

After eight years, Masih says she’s learned to deal with it.

“If someone says something inappropriate to me, I try and laugh it off and brush past it,” she said. “And if it’s someone that’s really pushing forward to get a reaction, I just let them know that I’m married and that I’m not interested. And I really push back a little hard.

“When you do push back, I think there is a strong response, ‘Oh, OK, I can’t do this.’ That’s why, when I work the room, I try to just kind of keep moving. As soon as we get a little bit too much into our personal lives, and it’s totally veering off from a legislative conversation or a relevant conversation, frankly, I leave. I turn around and I move to the next person and talk to them.”

For some as personable as Masih, this is not always easy.

“It’s hard because, in general, I’m usually laughing and taking things lightly,” she said. “And I think a lot of men mistake that. ‘Oh, she’s flirting.’ I’m not flirting. I’m trying to build professional relationships through personal connections.”

Some of the worst comments are ones that seemingly mock the entire situation, Masih said.

Masih said some woman pulled her aside years ago to give her the lay of the land. And she said she’s returned the favor over the years. And, if there’s one positive, it’s this: Today’s generation is less likely to keep quiet, she said.

“I think, luckily, women now are a little bit more empowered than they were in previous generations to come forward,” she said. “So, you’re hearing it a lot more.”

Masih hopes Weinberg’s working group will bring a lot more out in the open.

“I know that there’s a lot of similarly targeted groups and commissions out there, but I do think that this is a little bit different, because we’re not guaranteeing what our findings are going to be,” she said. “What we are guaranteeing is a safe space for women — and men — to come forward and talk about some things that they’ve experienced, no matter how little or big they may seem to them.

“There is an anonymous survey, which I think is a great first step. And we will be having public listening sessions. I think that is really empowering. I think when you have a consciously diverse group that is really trying to bring back the voice to those that have been shunned or quieted, that, in itself, is a very different format than I have personally seen, let alone been a part of.”

Whether this will make a difference remains to be seen. Societal pressures and social shaming are good for a lot.

But how do you stop someone from thinking a woman might be “available” simply because she married her high school sweetheart?

Masih laughs at the idea. She knows the punch line.

It’s not just that she’s known her husband since high school. Unlike Masih, who is part Indian and part Pakistani, her husband is not South Asian.

But it’s hardly a laughing matter. Masih said that fact can make the advances come faster and easier.

“Without a doubt,” she said.

It’s stunning to hear, but Masih said such stories need to be heard — that everyone needs to take a second look at how they act in the workplace. Women included, she said.

“I think both genders have to think that critically about their actions,” she said. “I make a lot of jokes. I’m jovial, I’m outgoing, I’m loud, maybe too much. But I have to make conscious decisions. Is this joke appropriate right now? Is this moment OK to say this? And, if I’m doing that, I think everybody should be doing that.

“The onus shouldn’t just be on women to protect themselves, to watch themselves. It should be carried by everybody.”

Tax incentives are vital to N.J. So says this progressive

Expecting the unexpected: Commercial agreements in the age of coronavirus, trade...