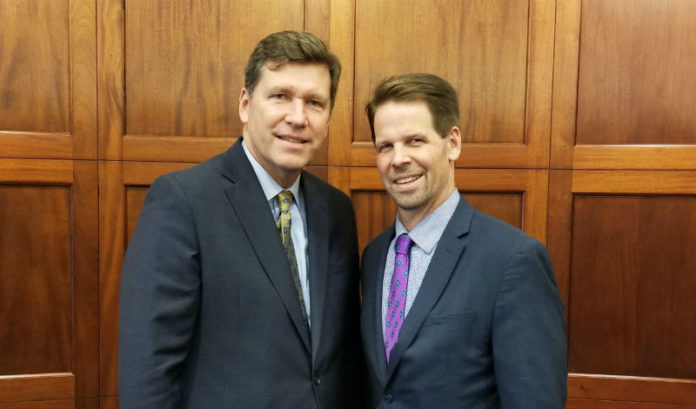 Tom Hughes and Tom Bergeron announced Tuesday that they have made a deal to acquire ROI-NJ, the multimedia news organization they helped found in the summer of 2017.

“It’s a new day for ROI-NJ,” Hughes said. “Tom Bergeron and I have believed in this product since Day One. We are forever grateful to our founding owner for getting us started and guiding us to this point. And we are eager to take ROI-NJ to the next level.”

The pair acquired the company from Amy Smith, the head of Prospect Publishing LLC. Terms of the deal were not announced.

Bergeron said the organization’s editorial mission and objectives will remain the same.

“We feel ROI-NJ plays an important role in the New Jersey business community — especially as it interacts with government and economic development officials,” Bergeron said. “Our goal remains what it always has been: To give the key leaders in the state the information they need to do business.”

N.J. American Water to replace some mains in Hillside, Audubon