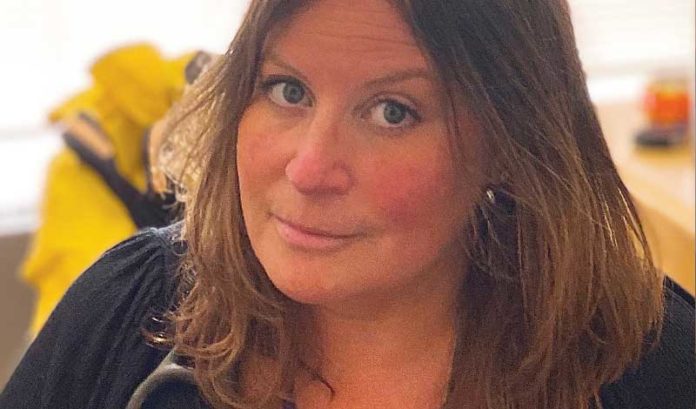 That recent unseasonably warm January day — the one where it hit 60 degrees — was ordinary in many ways for me: I went to the bookstore and bought a good novel, I picked up something special for dinner on the way home and I enjoyed an evening with friends.

It was anything but ordinary for my patient. Right before sunset, he took the MAID, or Medical Aid in Dying, cocktail that I prescribed for him a week before, and he died.

I have been a palliative care physician for nearly 20 years. I have taken care of thousands of people at the ends of their lives. I help them make complicated medical decisions. I help them tell the people they love the most that they love them the most. I help them say they are sorry. I help them say goodbye. I take care of their pain. I always say that medicine is so humbling, that no matter how much we know about a disease we can never be sure exactly when someone will die. And everyone asks. Everyone wants to know. I’ve only been right twice before. This patient makes three.

I wrote the MAID policy for the largest health care system in New Jersey in response to Medical Aid in Dying becoming the law in our state this past April. It wasn’t easy. Neither was putting it into practice.

Many people have asked me to end their lives over the years. I always have been grateful that MAID was against the law, so I didn’t need to go there. I have taught my students that, when someone asks to die, it’s usually because of some unmet need that can be fixed — such as out-of-control pain, intractable hiccups or even depression. I’ve since learned that’s not always true.

When I met this patient, he didn’t have any symptoms I could fix. He just didn’t want to suffer. He didn’t want to become something he wasn’t. I had never met anyone so sure of what he wanted, and so content with what his life had been up to that moment.

The meeting reminded me of a lesson I learned years ago, when I was a junior attending at a community hospital. My boss — the chair of the department at the time — told me during one of our talks about balancing a career in medicine with the rest of life that, if he died that very day, he would be satisfied with the decisions he had made and how he chose to live his life. No regrets. I think he was 57 years old at the time. I still remember him standing by his office door with his hand on the knob when he said it. His comments challenged me to live a life I could be proud of, even if I died today. My patient reminded me of my wonderful mentor and that conversation many years ago.

At the end of my first visit with this patient, he said something profound: “I know this is going to sound ironic, but you are saving my life.” He told me he was using his time to write letters to everyone in his life — special letters for them to open at very specific times in the future, like on a graduation or a wedding day. When I was a hospice medical director, I always tried to get my patients to write letters to leave behind for their families. Virtually no one did. They all thought they had more time to think about it, until it was too late, and thinking was too hard. Sometimes, I would offer to bring my laptop to type their words, but almost no one knew what to say.

I feel so strongly that children should have their parents’ words, because I didn’t have mine. My mom died of breast cancer when I was 20 years old. She was only 41. She died in a hospital in the arms of my grandfather, or so I have been told. She had a nosebleed that wouldn’t stop, and an arm that was broken just from the weight of her lifting her blankets to cover her. I’ve spent every happy (and sad) occasion since without her. Oh, how I would have loved advice on my wedding day or when my first baby was born — and I didn’t know what I was doing. How amazing would it have been to have held her words in my hands? My patient’s children and grandchildren have this. So does his wife. He knew how important it would be. He planned every detail.

In New Jersey, a doctor can’t participate in MAID alone. You need at least two physicians to concur that, yes, the patient has a terminal diagnosis with less than six months to live, and, yes, the patient is capable of making the request for MAID. If there is any doubt as to the cognitive or emotional stability behind the decision, you need to involve a third practitioner, a psychiatrist.

Shortly after the MAID legislation was passed, I read an article about one of the first MAID cases in New Jersey. A woman was turned away by 40 physicians before she found someone who would help her. I wondered why it was so difficult to find someone to help take care of these patients, but I know I’m to blame, too. I’m afraid to hang out my shingle, worried that everyone who wants MAID in New Jersey will seek me out.

A good number of doctors have told me they would feel comfortable participating, but only if I didn’t publish or broadcast their names on my list. That’s interesting to me. As a hospice medical director for many years, I have written orders for medications aimed at treating intolerable symptoms, medications that I knew would contribute to the end of someone’s life. I was operating under the principle of double effect. It was permissible for me to treat a patient with medication to end their pain because pain relief, not death, was my desired outcome. MAID is different in subtle and not-so-subtle ways.

When it came time for me to write my first MAID prescription, I’ll admit, I had no idea what I should actually write. There is no “official” recommendation out there. I ended up contacting a doctor in Oregon. He emailed me the medications that make up the current cocktail, and, even then, the documents were marked “confidential.” That same doctor also sent me the names of two pharmacies in New Jersey he knew of that were participating.

When I finally wrote my patient’s prescriptions, my hands were shaking so much I had to rewrite them a second time. A much-trusted colleague of mine told me the first time he wrote the MAID prescriptions it took him three times to get it right. I was in good company.

If my patient made one mistake in all of his planning, it was this: He was too honest. Five days before he died, the hospice where he had been a patient for the last six months dropped him when he told them he was participating in MAID. They told him they would not come to his home and pronounce him when he died, and they would not facilitate the completion of his death certificate. He was following the law of our state, but he had made the mistake of including his care team in his overall plan.

It’s interesting, but the law doesn’t require him to notify anyone, including hospice, of his intent to participate in MAID. Legally, he didn’t even have to tell his family, but of course he did. The local medical director of his hospice called me to tell me the decision to drop care wasn’t sitting well with him, but he was helpless to change what had been a national corporate decision. I hospice-shamed him, if that’s even a thing. I accused him of abandonment. Truth be told, my patient didn’t need the hospice to follow through with his plan for MAID. If all else failed, the police could make the pronouncement of death. I knew we could just go with that, but I was so angry that this family would no longer have the benefit of bereavement support from hospice after he died.

I started scrambling to find another hospice. I contemplated not mentioning MAID at all to the intake person on the phone but I decided it was best to disclose. I started hitting the same roadblocks. Was the answer to say nothing about MAID? To hide my work and foster a culture where I need to worry about my professional decisions? At the 11th hour, the original hospice changed its mind. They reversed a national corporate decision. My hospice-shaming seemed to have worked. We were back in business, but we have a long way to go in New Jersey with respect to Medical Aid in Dying. So much education is needed.

I began that fateful January day by sending this last text my patient:

“Thinking of you and your family today, you are all in my heart. It was truly an honor to know you. I can’t imagine the mix of feelings you must have. I think you are so brave.”

He texted me back:

“Thank you for your thoughts. The finality of today is something I must do, yet it saddens me.”

I went about my ordinary day and he died peacefully surrounded by his family in his chair by the red bookcase.

The magnitude of the moment has stayed with me.

I am the ultimate control freak. And I have no problem admitting it. When my son, Ben, was born, I scheduled my induction on the day that would give me the most time off from my residency. I loved that I knew when he would be arriving and I joked with all of my friends that I would not be able to make any plans with them, for lunch or whatever, on Sept. 18 because I would be busy having a baby. Still, if I had a terminal illness, I’m not sure I could opt for MAID myself. I don’t know if I could go through with it in the end.

I don’t know if I really saved my patient’s life, but his actions taught me something important about mine. He reminded me to live a life I could be proud of, if any day were my last. Even those seemingly ordinary ones — like a beautiful 60-degree day in January.

Dr. Jessica Israel is the corporate chair of geriatrics and palliaitve care at RWJBarnabas Health. She has been with the system since 2002.