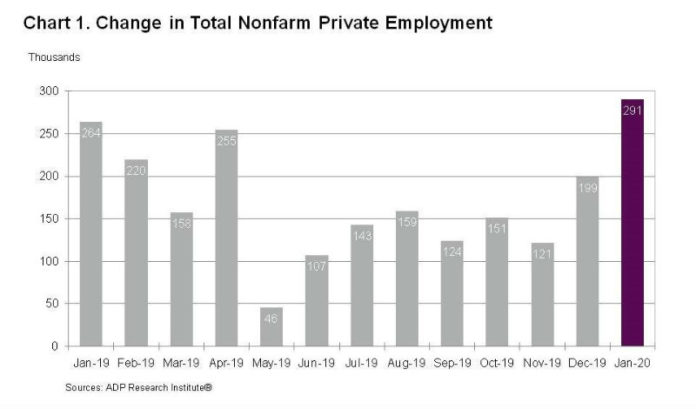 Private sector employment was up by more than 290,000 jobs between December and January, according to the January ADP National Employment Report by Roseland-based ADP.

The payroll and human resources company said in a news release that the month saw a 291,000-job uptick in nonfarm private employment.

“Mild winter weather provided a significant boost to the January employment gain. The leisure and hospitality and construction industries in particular experienced an outsized increase in jobs. Abstracting from the vagaries of the data underlying job growth is close to 125,000 per month, which is consistent with low and stable unemployment,” Mark Zandi, chief economist of Moody’s Analytics, said.