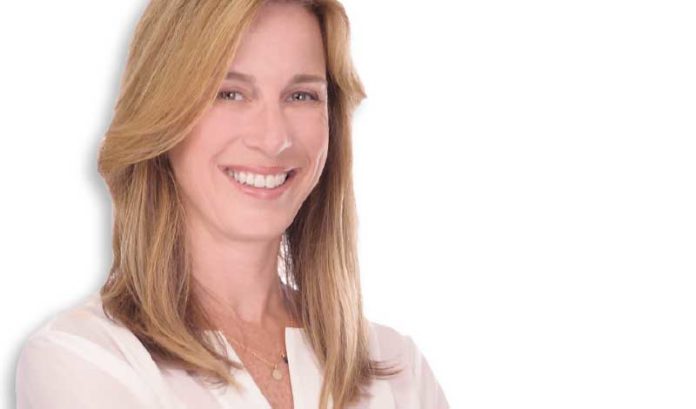 When it comes to quantifying how often women hit higher echelon positions in the practice of law, there’s one figure available — only about 20% of equity partners are women at the nation’s law firms, according to the American Bar Association — and it hasn’t changed in years.

However, there might be some signs that narrative will turn a corner in the coming years … only, it may be happening outside of law firms.

A recent Association of Corporate Counsel survey indicated that, while only a third of Fortune 500 companies have women in in-house general counsel roles, more than 40% of new hires for the job in the past two years were female attorneys.

Shari Savitt is one of the women leading this high-impact legal career, even if she’s not one of its new entrants. In fact, she has been general counsel for the accounting firm EisnerAmper since before it was the global powerhouse it is today. After more than a decade in the role, she was just recognized as a “Notable Women in Law for 2020” by Crain’s New York Business.

There’s no clear reason why women should achieve parity in top-tier in-house legal positions at a faster rate than high-level law firm positions, but in Savitt’s anecdotal experience — from what she gathers by communicating in a regular meetup group that brings together general counsels at other local accounting firms — she’s finding that the profession has evolved to be fairly evenly divided between men and women.

“And I also have two amazing attorneys who work for me here at EisnerAmper, and they’re both female,” she said.

The fact that young attorneys are finding themselves at home in general counsel roles isn’t exactly surprising to Savitt. And, chances are, more of those young attorneys are women, given that reports have consistently shown women’s enrollment as law students is outpacing their male peers.

“I think what this role offers is the ability to step out of the law firm world and maybe take on more responsibility at a younger age than you otherwise would have,” Savitt said. “It’s a great opportunity for any young lawyer.”

Savitt went the traditional legal field route herself as a young attorney. She was a partner at two large, international law firms before making the shift to working in the general counsel role in 2008 for what was then the regional accounting firm Eisner LLP.

Early on, she said, there was a heavy focus at the firm in establishing solid practices from a legal perspective. But, with the firm’s growth, she’s taken on more and more of an involvement in nearly all aspects of the firm’s business.

“And accounting firms all over are growing,” Savitt said. “With that, all general counsels at these firms have gotten a lot more involved in managing the growth of our firms in a smart and risk-aware manner.”

A general counsel position can be especially demanding in a financial institution, which carries with it all the scrutiny and compliance mandates expected of these institutions today.

Things have remained interesting over the years — technology and other trends have added more to the list of responsibilities a general counsel such as Savitt deals with.

“We don’t manufacture a product, we service people and companies,” Savitt said. “As a result, we have different challenges presented to us. One is that, as a keeper of substantial confidential information of our clients, we have to really focus on information security and data privacy.”

Even if there’s a nonstop nature to these roles — with the potential for an all-hours response to unforeseen legal troubles — there are appealing perks to working in industries that have come to be known for a willingness to offer employees flexible work arrangements.

“EisnerAmper in particular, but accounting firms generally, are good at providing technology that allows working seamlessly from home and other locations,” she said. “As a parent, it’s great that I can do that if needed. Years ago, you had a desktop in the office and you were bound to it. Now, there’s options for everyone to live their life and also do work in a more effective way.”

It’s another factor that may motivate the face of the legal profession — a decidedly male face, historically — to soon change.

When New Jerseyans die, what becomes of e-assets?