Home Law Fashion law may be niche field, but it’s one that some firms...
Facebook
Twitter
Linkedin 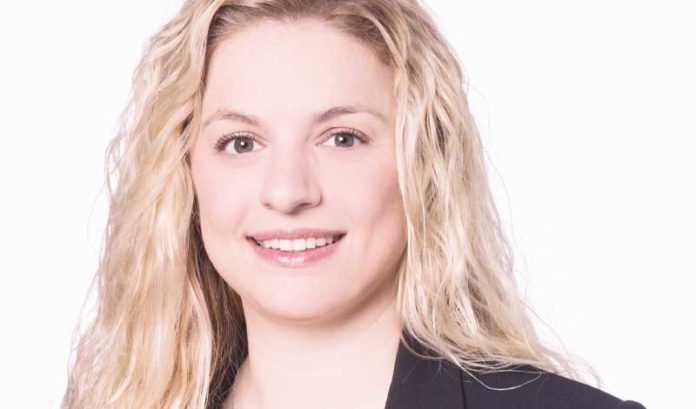 Maria Fruci has a passion for fashion, so sitting catwalk-side at a prestigious fashion show is, for her, a dream come true.

And, as with any lawyer learning about a new client’s products, it’s also now part of her job description.

The Newark-based law firm announced it was forming the practice late last year, strutting its legal expertise for a once-niche industry that’s becoming more complex — and in need of legal counsel — all of the time.

For the firm, which is following in the footsteps of a select few other Garden State firms, a dedicated specialty in this practice area was an easy fit, Fruci said.

“A lot of what composes a fashion law practice are basically things we’ve done for a very long time,” she said. “The fashion industry is made up of businesses that have many of the same needs from attorneys as other businesses.”

With some of the top issues for fashion businesses being trademark protection and manufacturing contracts, the industry starts to seem a lot like a run-of-the-mill corporate law practice.

But Fruci said there are reasons a law firm such as hers might pay special interest to this sector now.

“There have been so many events that have happened over the past few years in the fashion world; I think that grabbed a lot of attention, and certainly that got us discussing the potential of a fashion law practice here,” she said.

In the legal sphere, there are a pair of high-profile apparel industry cases slated for U.S. Supreme Court review this year. In the fashion sector itself, the industry has been shaken up by two recent acquisition stories: Fashion group Michael Kors Holdings purchasing the iconic Versace and French luxury designer LVMH buying the jeweler Tiffany & Co.

Outside of that, you have the widely-reported effect that the U.S.-China trade war has had on the industry’s largely outsourced manufacturing base.

“And these events haven’t just been covered on Page 6 of a newspaper or a fashion section, these events are making major headlines,” Fruci said.

Behind the scenes, fashion companies have largely relied either on in-house legal or the country’s biggest names in the legal sector. For that reason, fashion law practices haven’t been altogether widespread.

Fruci said the creation of these legal departments is being spurred on by a new batch of businesses.

“Now, you have these wonderful, often women-owned fashion startups that have also seen the value of having attorneys from beginning of an entrepreneurial endeavor,” she said. “And those small businesses may not always want to go to the larger law firms.”

There are other Garden State law firms that have held tight to their exposure to this sector throughout the years.

Max Crane, managing partner of Sills Cummis & Gross P.C., said as far back as the ’90s, his firm handled athlete endorsement contracts and a panoply of other issues for the large sportswear brand Fila. That company underwent a restructuring in which it eliminated its in-house legal staff and used Crane’s firm as a general counsel.

“We’ve been in this space for almost a quarter-century,” he said. “Our firm was both lucky and forward-thinking in getting into this industry early and at the highest levels, because we think it has legs to run and many years to go.”

Crane himself doesn’t do too much work on the firm’s fashion law side, because it has been bolstering its bench of experts based on the recommendations of Michael Goldsmith, a managing partner at the firm and chair of its Fashion, Apparel and Textile Practice Group.

“I say this genuinely, and not because he works for me: He’s one of the premier fashion and apparel attorneys in the country,” Crane said. “He’s known the industry from soup to nuts, when it was first really expanding out of the Garment District in Manhattan.”

In the years since local law firms first started pairing up with fashion businesses, Crane has seen the transition to e-commerce tailor the industry into something much more sophisticated. Early on, sales only involved deciding on which department stores or boutiques to place products in.

“The days of saying, ‘Here’s a jacket, I’m going to sew it somewhere in Lower Manhattan and sell it in Midtown Manhattan,’ are over — it’s more complicated than that,” he said. “It’s an international business on the brand side, the manufacturing side and, now, on the selling side.”

Meanwhile, fashion businesses have been some of the front-runners in utilizing data analytics to track customer purchases and offer them more of what they’re buying.

When Rajiv Parikh graduated law school in 2005, there weren’t many South Asian lawyers like him in New Jersey — or, for that matter, nationally.

Yet, there was no lack of businesses locally and nationally — and tech firms, particularly — that were created and led by first- or second-generation immigrants from the South Asian region. New Jersey also has some of the largest South Asian communities in the country.

He’s now one of the rare lawyers catering to those wishing to set up businesses in India, or people from India wanting to set up shop here. The India Focus Group he’s chair of is another legal niche recently formalized into a dedicated legal group at Genova Burns.

“We think we’re well-positioned to help guide these businesses on the legal issues they’ll face,” said Parikh, who last year joined Gov. Phil Murphy on a trade mission to India.

This particular cross-border work might be burgeoning with the consistent economic expansion of South Asian countries, but whether or not it’s picked up by more firms depends to some degree on more attorneys following in Parikh’s footsteps.

“I do know a variety of South Asian lawyers across the state who have graduated in the past couple years who I’ve encouraged to do this type of work,” he said. “There are also some folks internally assisting in the practice and learning more about how it is we can provide added value.”