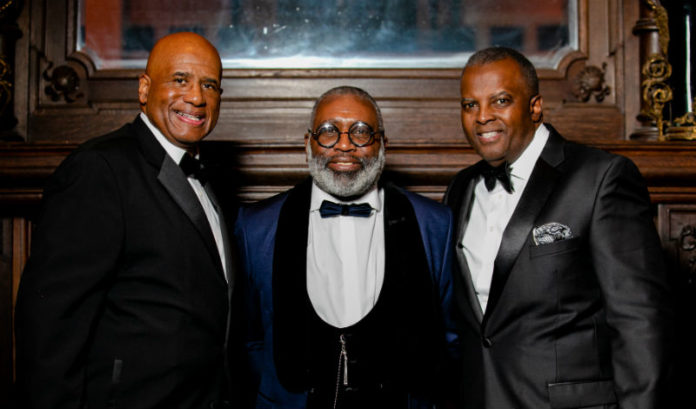 It’s an election year, so it only makes sense that John Harmon is eager to hold elected officials accountable when it comes to ensuring African American businesses and African American citizens get an equal opportunity in towns across the state.

In fact, the founder and CEO of the African American Chamber of Commerce of New Jersey said he’s already got his eyes on a number of leaders. And his targets may surprise you.

Harmon addressed the issue of accountability at his chamber’s annual gala last Thursday night. He followed up with additional comments Sunday.

“It’s easy for someone to take a shot at Gov. (Phil) Murphy and say: ‘Where the contracts, we gave you 94% of our vote.’ So why don’t we say the same thing to the urban mayors?

“To me, everybody has to be held accountable. Dr. Martin Luther King took some headwinds from some of his own people because it was all about accountability, but he was right: Everyone needs to be held accountable. Our people have some serious needs. Our kids need quality education, they need safe schools, they need good books and the best technology to get 21st century instruction. And we have people in charge that said they we’re going to deliver that.

“When they are out campaigning, they say, ‘Vote for me, I’m your guy, I’m your gal. I represent your interest.’ Well, show us.

“God forbid there was a Republican in office, we would take their head off.”

Actually, Harmon said, they may not need to.

Harmon founded the AACCNJ in 2007. In 2009, Chris Christie was elected governor. Harmon said he and dozens of African American business leaders met with Christie and Lt. Gov. Kim Guadagno and quickly began a working relationship that lasts to this day.

“I still talk to Kim Guadagno on a regular basis,” he said.

The ask is not hard, he said.  And he points to Newark Mayor Ras Baraka as someone who gets it. Baraka, Harmon said, is always pushing Newark’s business community to interact with more African American business and residents.

Because of this, Harmon said, his group has built solid relationships with many of Newark’s biggest businesses.

Those relationships, he said, are the key to the future.

Harmon said Baraka is following a lead of other mayors who have been able to have significant impact in the African American community nationwide, including Maynard Jackson (Atlanta), Harold Washington (Chicago) and Marion Barry (Washington, D.C.).

Harmon also said he’ll be the first to own up to the fact that the African American community needs help.

“If you look at the state of New Jersey from a business perspective and you put the 1.1 million African Americans on the state’s balance sheet, there’s a lot of underperformers and liabilities.

“Just look at the poverty numbers. In most urban communities, you’re looking at poverty levels of 25% to 30%. There’s very little homeownership and a low median income. The net worth of African Americans is $6,000; with whites, it’s $275,000.

“So, look at that from the lens of someone that’s trying to establish a mission to address that — to get folks more focused on education, more focused on workforce readiness and more focused on building sustainable businesses. If you’re starting from a place of underperformance, you need partners who have the resources, opportunities and information.”

That’s where big business can come in. Harmon preaches diversity from the idea of it being a value proposition.

“Otherwise,” he said. “It’s just an emotional engagement. If you’re not providing value, it’s not going to be a long relationship.

“If you can get some buy-in on that ideology, then you can start to advance some substantive engagement about having vendors in position to compete for opportunities. The numbers show that 93% of black businesses in New Jersey are sole proprietorships. That tells you blacks are not getting their fair share to build capacity. If you can’t build capacity, you can’t hire, you can’t reduce unemployment in your community.”

“Take that same conversation about supplier diversity and speak to those corporations about corporate citizenship: What things do you do to reinvest in the community? Do you invest in reentry programs? Do you invest in workforce readiness? What about financial literacy or literacy? What about STEM and coding for youth? All those programs are programs that we house at the chamber,” he said.

“We want to build out those relationships with our partners. It’s about a mutual benefit. It’s not that we have our hands out; we want to take your resources and your relationships to reinvest back into society, to improve the overall competitiveness of New Jersey. That’s what we do every day.”

The biggest hurdle, he said, is with local elected officials.

“Fifty years ago, there were only two African American mayors in the United States,” he said. “Look at how many elected officials there are today. And it’s not just mayors, it’s school board officials, freeholders, council people.”

Harmon is determined to hold them accountable.

“They get more than 90% of the African American vote,” he said. “We need to hold them accountable.”