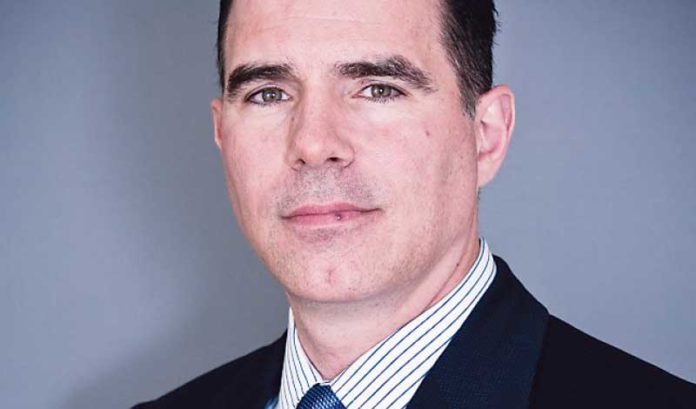 Want to know whether consumers might be more or less eager to open their wallets to businesses this year?

Try asking people what they pledged in their New Year’s resolutions.

That’s what money management megafirm Fidelity Investments did. And what it found in a survey is that individuals were more likely to make a financial-related resolution than something lifestyle-related for 2020, even more so than in the past.

As far as these resolutions go, the biggest motivator for more than two-thirds of the Americans polled is “living a debt-free life,” according to John Boroff, director of Retirement and Income Solutions at Fidelity Investments.

“And, so, the first thing you think of when you hear that is that people are maybe going to slow spending and that’ll have potentially have negative implications,” he said. “But, what we also saw in our survey results is that individuals believe they’re going to be able to do it all: saving more and maintaining purchasing power while reducing debt. Whether that plays out or not, time will tell.”

So that’s to say nothing about a promise to oneself to pay down credit cards should signal that less purchasing is on the horizon.

“There was actually a high level of optimism among respondents,” Boroff said. “Eight out of 10 of those surveyed said they expected they would be better off in their financial situation this year than last year.”

While a smooth-sailing economy doesn’t hurt, Boroff said the most likely reason for this optimism is people have done a lot to set themselves up for success.

“What it seems like is, between Fidelity and other (money management) institutions that have been pushing the message of, ‘Stay the course, stay invested and manage your debt,’ people are feeling good if they’ve followed that advice,” he said.

As the country’s equity markets soared to new highs only two days into 2020, consumer debt was equally high-flying.

According to the most recent report from the New York Federal Reserve, consumer debt has surpassed a record $14 trillion.

Red Bank-based accounting professional Chris Whalen said he sees the impact of that every day.

“Unfortunately, I encounter so many people paying minimums on credit cards,” he said. “It’s an out of sight, out of mind situation. They don’t even want to know that, with paying that $200 minimum on a more than $10,000 balance, their payment is not going toward the principal balance, just interest.”

The job of any local money manager today that serves more than New Jersey’s wealthiest clientele is to help break people from a cycle of financing they often struggle to get out of. Whalen said that sometimes means encouraging them to cease using debit or credit cards, and to use only a certain amount of cash each week to pay for goods and services.

“On top of that, people need to get an understanding of how much they’re actually paying toward their debt,” he said. “They need to do spreadsheets, analyze their debt, look at their real interest rate and taking every extra dollar to target paying off the most expensive debt they have.”

Among younger Jerseyans, the ball and chain of debt is often weighted most heavily by their student loan load. Nationally, student loan debt is around $1.5 trillion, also according to data from the New York Federal Reserve.

“Now, it’s to the point in which you have people talking about taxpayer bailouts for these loans,” Whalen said. “But, if you have an 18-year-old going to a four-year school and not coming away with a life-supporting job when they’re done, why shouldn’t the school be on the line? It’s analogous to driving a new Cadillac off the lot and it breaks down, but you still owe money on it — except there are lemon laws for that.”