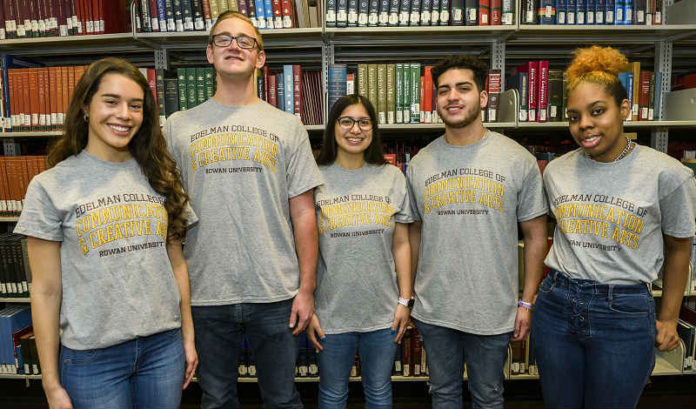 Rowan University announced on Wednesday it has renamed its creative arts school.

Ric Edelman used the skills he learned at Rowan University to become one of the nation’s top financial advisors, a best-selling author and an award-winning radio and TV program host. In recognition of his success and the support he’s provided to the institution, Rowan’s has renamed the school to the Ric Edelman College of Communications & Creative Arts.

Together, Edelman and his wife, Jean, have provided more than $36 million in pledges to help fuel the growth and transformation of Rowan into a comprehensive public research university, it said. In November, the Edelmans announced a $10 million gift for scholarships and professional development opportunities at the creative arts school. They also previously pledged $25 million to establish the Jean & Ric Edelman Fossil Park at Rowan University and gave $1 million to establish the Edelman Fund in support of Rowan’s planetarium.

“Naming a college is one of the most significant ways we as a university can recognize and honor the achievements of our most extraordinary leaders and supporters,” Rowan President Ali A. Houshmand said. “Ric and Jean Edelman are two of our most successful alumni. We’re pleased that our growing College of Communication & Creative Arts will now honor Ric, whose successes in the field of communication are nothing short of extraordinary.”

In 1986, the Edelmans founded Edelman Financial Engines. Today, the financial planning and investment management firm has more than 180 offices throughout the national and manages more than $215 billion in assets for 1.2 million clients.

“There’s no question that I use the skills I learned at Rowan University. This institution gave us the foundation that enabled Jean and me to embark on our journey,” Edelman said. “We strongly believe in the importance of giving back, and that’s why we’re proud to support Rowan and contribute to its success.”

In the last three years, the creative arts school has experienced a 133% increase in freshman enrollment, Rowan said. And with its new name, the college will have an impact on recruiting both students and new faculty, Dean Sanford Tweedie said.

“Being the Ric Edelman College of Communication & Creative Arts will absolutely help us attract more top students and faculty,” Tweedie said. “Ric is one of ours. His success covers so much of our college — books, television, radio, public relations. He’s drawn on all of the disciplines to create his phenomenal success. As a college, we will work our tails off to make Ric and Jean proud.”