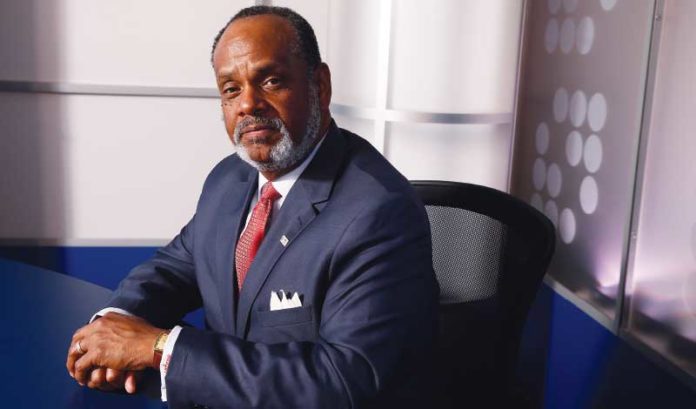 There are few discussions with more wide-rippling impact than the one money managers have with clients about whether a move to a lower-tax state is the best decision.

Ralph Thomas, executive director and CEO of the New Jersey Society of Certified Public Accountants, thinks the state may have just found a way to reliably insert itself into that conversation.

That’s why he was “waiting with bated breath” for an answer regarding the fate of the Pass-Through Business Alternative Income Tax Act, which gives small businesses in the Garden State a way to overcome the cap put on state and local tax, or SALT, deductions in 2017’s federal tax overhaul.

Thomas got his answer when Gov. Phil Murphy signed the bill — a legislative effort estimated to save New Jersey business owners about $400 million annually on their federal tax bills — into law last Monday, about a month after it was approved by the state Legislature.

Members of Thomas’ organization have a large role in counseling individuals weighing the possibility of leaving the state due to the cost of maintaining a business and residence in the state. He expects this change is enough to give members a reason to talk about staying here.

“When we reflect back on executive orders and other legislation that’s come out of this administration — paid sick leave, the Family Leave Act, the Equal Pay Act — those things haven’t been initiatives that have incentivized businesses to stay in New Jersey,” he said. “That’s why we’ve got big smiles on our faces. It has been a long journey.”

The law impacts taxpayers who earn income from pass-through businesses, such as partnerships, LLCs or sole proprietorships. Under the new rule, taxpayers can elect to pay income taxes at the entity level instead of the personal income tax level. The Tax Cuts and Jobs Act of 2017 made it so individuals have a $10,000 limitation on sometimes significantly tax bill-saving SALT deductions, but there was no limit introduced for those taxes paid at the entity level.

The change was vetted by Thomas’ trade association, but it was originated by Alan Sobel, managing member of Livingston-based SobelCo. He was largely responsible for writing the legislation and fitting it within the state’s tax framework, with the impetus being a letter he wrote to Gov. Phil Murphy and other state leaders.

“After the Tax Cuts and Jobs Act, more or less, I became frustrated as someone who works with small businesses, particularly those that are flow-through entities,” he said. “So, I started thinking about how New Jersey could modernize its tax system as a response.”

There was some precedent for it already. Besides the state itself once operating on an entity-level tax framework, Connecticut recently passed legislation that’s slightly different but accomplishing something similar, Sobel said.

“The beauty is I think that now this has become great example for other states to follow,” he added. “It also shows New Jersey is a leader in helping small businesses. We take a lot of rap for being a difficult environment to conduct business in. This was an opportunity to put ourselves out there as a leader in this regard.”

Of course, not every state is as affected as New Jersey was by a diminished SALT writeoff. Nonpartisan think tank Tax Policy Center estimated that 41% of Garden State residents filed 2015 tax returns utilizing the since-hamstrung deduction.

“That’s a huge number,” Thomas said. “And people for whom New Jersey is home have been having to think seriously about if they should relocate somewhere else, especially in today’s environment, with all the tools available for people to keep in touch with others remotely.”

There’s some disagreement whether a large number of states adopting this way of circumventing the deduction limits will be met with blow-back from federal authorities.

In 2018, the U.S. Treasury Department and the Internal Revenue Service implemented regulations that combated the attempt of New Jersey, New York and other states to create workarounds for SALT deduction limits through state-run charitable fund contributions.

“With things talked about previously, such as the use of charitable contributions, I saw that would be challenged,” Thomas said. “But with this, it just makes sense. And, if we’re looking to keep this economy moving forward, these are the things we need to think about doing.”

Those arguments convinced enough local lawmakers to earn the bill overwhelming support on its passage through the state Legislature. Proponents of the legislation leaned on the fact that the change would prove revenue neutral for the state in winning lawmakers’ support.

“Along the way, the only definitive objections I heard to it regarded implementing it from a tax fraud perspective,” Sobel said. “There was concern there could be some that try to fraudulently claim the credit.”

Outside of New Jersey, there’s been steps taken to lift the cap nationwide. The U.S. House of Representatives approved a measure that would repeal the $10,000 SALT limitation for all federal taxpayers started in tax year 2020. But the bill would still have to pass the Republican-led Senate.

For now, a total 115,000 New Jersey small businesses that register as S-corporations and another around 175,000 limited liability corporations — including legal and accounting professionals, medical groups and other partnerships — can count on possibly taking advantage of the state’s new tax arrangement in the 2020 tax year. A prior version of the bill was retroactive for 2019, but that was changed in a compromise reached with the state’s Department of the Treasury.

Thomas saw that as a small concession to make for what he expects will be a big deal for the Garden State’s future.

“The feedback we’ve been getting from our members is the things out of this administration and the state Legislature are not things that small businesses are jumping up and down about,” Thomas said. “This bill getting through will have an impact for them. And, when it comes to driving the state’s economy, small businesses play a huge role in that.”

There are some cases in which individuals under the business structures eligible for this will nonetheless want to continue paying taxes as they were before.

Thomas said that decision and exactly how much a given individual can expect to benefit in tax savings can only be determined after an analysis by a financial professional.

“People have to reconnect with their accountants to figure out the exact impact this will have on any given individual or business, if there’s any at all,” he said. “But I believe this is going to be a positive impact for many.”