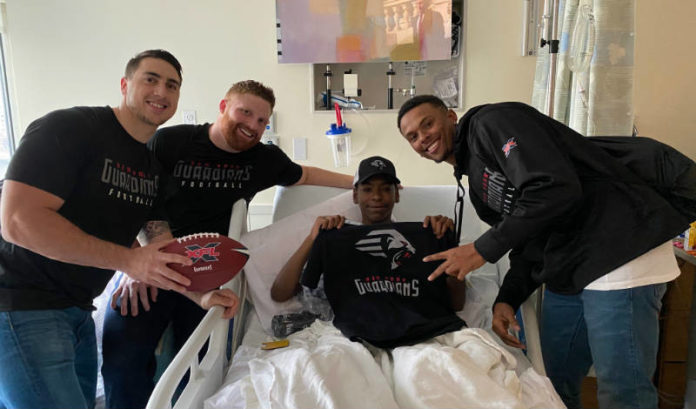 The XFL’s New York Guardians, who opened their first season earlier this month, have signed a multiyear partnership with the Hospital for Special Surgery, the Jersey City-based team announced.

New York City-based HSS will be the team’s official hospital under the medical services and marketing agreement, with the two integrating their brands year-round at community events and more, the team said in a news release.

“We are thrilled to be collaborating with one of the world’s leading hospitals,” Janet Duch, the Guardians’ president, said in a prepared statement. “HSS will become a vital partner in fulfilling our mission of health and wellness across the entire Guardians organization and our community, and we look forward to working together with them for many years to come.”

As part of the agreement, HSS will become the presenting partner for the New York Guardians Youth Football Program. In addition, HSS’ Dr. David A. Wang, a sports medicine physician, will serve as the team’s medical director, with several other HSS doctors serving as team physicians.

The Guardians, who play at MetLife Stadium, won their first game in the 10-game season last Sunday.