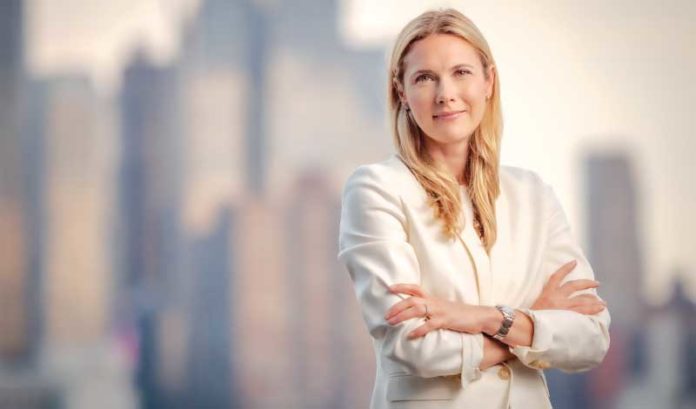 For the first time, Montclair State University’s Feliciano Center for Entrepreneurship and Innovation is encouraging local entrepreneurs in Montclair, Little Falls and Clifton to submit to its prize-winning annual pitch contest, Startup Montclair — making it one of the only higher education institutions in the state to do so.

“We’re excited to broaden our annual competition this year to include not only a ‘female founders’ prize for our students, but also a ‘community prize’ for entrepreneurs and their startups,” said Carley Graham Garcia, executive director of the Feliciano Center. “Our intention with this program is to bring our students and their startups closer to the entrepreneurial community around us.”

Garcia, a former longtime Google executive, has been working to actively bridge the divide between the second-largest university in the state and the vibrant business and entrepreneurial community in Montclair.

“It is such an underleveraged asset,” she said. “There are incredible people here who could easily come up to campus, and vice versa. That’s amazing to have.”

The Feliciano Center, founded in January 2013 as part of the Feliciano School of Business at MSU, already facilitates a co-op internship program, sending students out to New Jersey startups and entrepreneurial companies. It also manages the nearly 5,600-member Montclair Entrepreneurs Meetup group and founded Women Entrepreneurship Week, a global movement started in 2014 that is now held at more than 240 schools in 32 countries and 49 states.

Now, just six months into her new role, Garcia has led a transformation of the physical space at the Feliciano Center to become a more collaborative coworking environment that will hold more classes and community-based events; she is working to expand the school’s annual Women Entrepreneurship Week event into a two-day conference featuring more tactical business training; she recently named Karen Cahn, founder and CEO of iFundWomen, a New York City-based crowdfunding and coaching consultancy for early-stage entrepreneurs, the first entrepreneur-in-residence at MSU; and now, she has opened up the Startup Montclair pitch contest, traditionally reserved for student- and alumni-led startups, to surrounding communities.

“We’re excited to learn from one another,” she said.

The community prize for entrepreneurs and their startups will include $2,500 in cash, cloud credits and business technical support from AWS Start-Ups, and the opportunity to colocate with the Feliciano Center from June through August of this year, including coworking space, business amenities and fee-based access to the Feliciano Center’s MIX Lab, an interdisciplinary digital maker space designed for the next generation of innovative and resilient entrepreneurs.

“MIX stands for ‘Making and Innovating for X, where X is the unknown,’” Garcia said.

In operation since 2015, the MIX Lab now contains more than 60 digital devices, including two faster and sleeker Ultimaker 3D printers that the Feliciano Center is testing, designed to print from two filament sources so prototypes can be multicolored.

“We now have more machines here at MSU than in the maker space at New York University’s Tandon School of Engineering,” Garcia said.

The MIX Lab’s cloud-based network always has been accessible by the community.

“Though the lab primarily serves students and alumni across campus, anyone can print to it, and we have had some folks from the community come in to print that we’ve charged for the equipment and the time,” Garcia said.

Like Altarik Banks, for example, an engineering designer and founder of HOMA, a collective eco-design focused studio that currently sells eclectic ceramicware to local retail stores.

A 2018 graduate of MSU, Banks built his business in the lab and took a vested interest in it after graduation as a power user, a technician and a mentor for students.

“The abundance of printers here allows someone to rapidly prototype, which is helpful because there are many prints you’ll want to change to make better until your idea is finally solid,” he said.

Submissions for Startup Montclair, including a two-minute video and an executive summary, are due March 19.

COVID-19 isn’t scaring away nursing students — some programs even seeing...

Mulcahy, the ultimate public servant to N.J., passes at 85