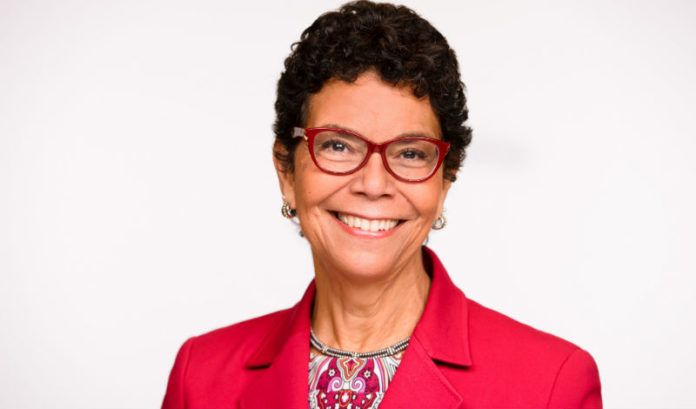 Rutgers University-Camden’s chancellor, Phoebe Haddon, will step down at the end of the academic year and return to the faculty, the college announced Monday.

Haddon, who became Rutgers-Camden’s first African American woman chancellor when she was named to the post in 2014, will transition to a law professor on July 1, according to a news release.

“Leading this institution has been — and remains — one of the defining honors of my life,” she said in a prepared statement. “Rutgers University-Camden is a place of optimism, creativity and determination. I am forever grateful to be a member of this great community.”

Among the highlights of her time as chancellor is the adoption of the college’s first comprehensive strategic plan. During its five-year time period, Rutgers-Camden set new enrollment records each year and introduced its “Bridging the Gap” tuition reduction program aimed at helping reverse the outmigration of prospective students.

“It has been my great pleasure to serve alongside Chancellor Haddon since the day she joined the Rutgers-Camden community six years ago, and to witness the inspiring leadership she has provided at a pivotal time,” Rutgers University President Robert Barchi — who is also stepping down at the end of the academic year — said in a statement. “Championing excellence, access and engagement, Phoebe Haddon has moved Rutgers University-Camden forward in vital ways, and we are a better and stronger institution because of her.”

Haddon, who also serves as chair of the board of directors of the Federal Reserve Bank of Philadelphia, is a constitutional law scholar and expert on access and equity in higher education. She serves on the boards of several South Jersey- and Philadelphia-area organizations, including Cooper University Health System and the Camden Health & Athletic Association.

She received the 2019 Ruth Bader Ginsburg Lifetime Achievement Award from the Association of American Law Schools, among several honors throughout her career.

“Rutgers University-Camden is a superb university, and I can promise you that our momentum will continue,” Haddon said. “I am not winding down. There is a lot that we can accomplish on behalf of our students and our state this spring, and I intend to make certain that Rutgers-Camden continues to rise.”

Plans for a search and any transition period were not disclosed in the release.

How M&T Bank is helping Black entrepreneurs survive and thrive