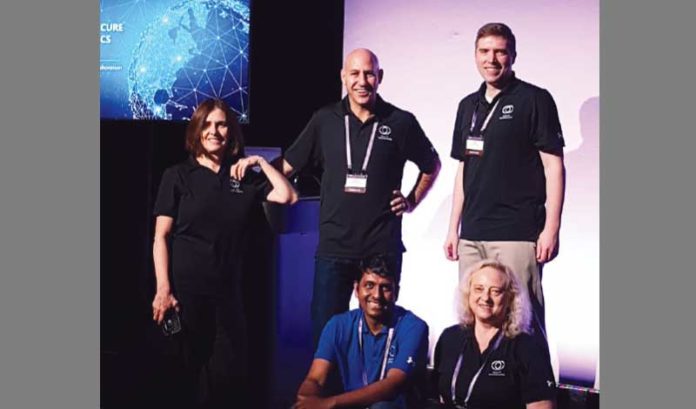 Called Duality Technologies, the startup was founded about three years ago on the premise that data privacy would become increasingly important for individuals, companies and public organizations, explained Kurt Rohloff, co-founder and chief technical officer.

“Privacy issues have made it more challenging for companies to get value out of the data they have. For example, cancer researchers can’t join data sets that are privacy-sensitive, yet, to do so would help them create more effective solutions,” Rohloff said. “Or banks would like to combine data sets on financial transactions to help them find solutions for fraud, money laundering and other criminal behavior.”

Duality’s technology, homomorphic encryption, allows them to do just that. An engineer by training, Rohloff led the development of the technology with support from the Defense Advanced Research Projects Agency, or DARPA, and his scientific co-founders are all experts in this area.

“I was in the right place at the right time to run the DARPA-funded implementation team to develop very early prototypes in software of homomorphic encryption,” Rohloff continued. “Quite frankly, I drank the Kool-Aid on this. I thought it was the coolest thing, and did some early work for the U.S. government to show that it was practical and possible.”

Rohloff quit his job in the defense industry, and then was recruited by New Jersey Institute of Technology. He continued to perform work funded by DARPA on an open-source library called the PALISADE Homomorphic Encryption Software Library.

“At NJIT, I was able to run a consortium of contributors to PALISADE, to the point that it is one of two leading open-source libraries for homomorphic encryption. The other library was developed by Microsoft Research,” Rohloff told NJTechWeekly.com.

The company was founded around the same time.

Duality has some pretty powerful scientific chops behind it. One of Rohloff’s co-founders is Shafi Goldwasser, a winner of the Turing Award, generally regarded as the highest distinction in the computer sciences. Another co-founder is Vinod Vaikuntanathan, a former student of hers and a professor at Massachusetts Institute of Technology.

Rohloff noted that, when the company wanted to commercialize the technology, the original founders became acquainted with Alon Kaufman, who has a Ph.D. in computational neuroscience and machine learning from Hebrew University, as well as an MBA. He is now the firm’s CEO. Also on the team is co-founder and Executive Chairwoman Rina Shainski, a former venture capitalist with the Israeli firm Carmel Ventures, now Viola Ventures. Kaufman and Shainski work from Israel, and that’s how Duality came to be founded both in Israel and Newark.

NJTechWeekly.com asked Rohloff where the company stands in its quest toward commercialization.

“We are playing a long game,” he said. “This is greenfield technology, and we are doing a lot of things no one has done before. Happily, we are not the only ones in the game. There are other folks who are looking at this, like Microsoft and IBM. There are also a handful of other startups in other geographies that are working at this.”

He added: “We are getting traction in the financial services industry, particularly to help fight fraud. We also have been working with design partners to develop solutions for cancer research. So, up to now, we’ve been delivering early prototypes and proofs of concept. Also, retailers and telecommunication companies are starting to use Duality’s platform for secure data analytics.”

The company is located at NJIT’s VentureLink entrepreneurial incubator.

“This has been a great location for us,” he said. “We have super-easy access to New York City. We have access out of the area via train or Newark airport, and there has been a surprisingly healthy ecosystem for us to recruit from.”

The nature of the technology is such that the company needs more senior people, so the founders have recruited some Ph.D. students globally and nationally, including people who live in New Jersey or New York who want to work outside the city.

“We also get people who had been commuting and want to cut their commute,” he said. “We are getting very high-quality people, such as ex-Bell Labs researchers and people like that.”

Rohloff also said that NJIT has been great about encouraging his work. He noted that the dean of the college of computing is an entrepreneur in his own right, and: “He has been providing excellent advice to me. He is doing great work to create an environment within the college of computing to encourage faculty entrepreneurship. I have been a very happy beneficiary of this.”

Jersey City hosting and colocation firm is being purchased by rival

Yes, cybercriminals are targeting your company