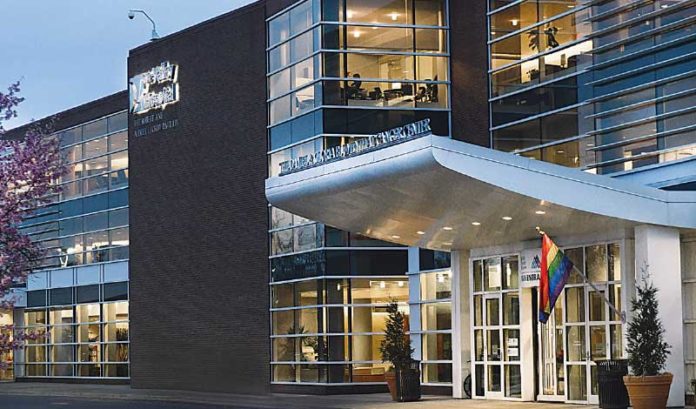 Every year, New Jersey’s health care system moves one merger closer to making independent hospitals a relic of the past.

But even if their numbers are shrinking, those that have resisted what many others have done — giving up their independent status — are adamant that they’re going to continue to go it alone.

Whether that lasts remains to be seen.

With few exceptions, every year’s news cycle has featured a several of the last standalone hospitals in New Jersey choosing to fly under the flag of one of the state’s two large health systems. The latest iteration? Englewood Health pledging to merge into the ever-growing Hackensack Meridian Health after 130 years of operation as an independent hospital.

In the October announcement, Englewood Health’s leaders expressed that the community can expect to reap the benefits of Hackensack Meridian’s promise to invest $400 million in operating rooms, cardiac facilities and outpatient sites. While undergoing regulatory approval of the merger, Englewood Health declined to provide additional commentary on the conversations that led up to the decision to partner with Hackensack Meridian Health.

With those announcements, only about 10 hospitals in the state remain independent from larger health systems. The more than 70 hospitals in New Jersey could at one point nearly all be counted as independent institutions.

In the lineup of independent hospitals, one of the largest is Holy Name Medical Center in Teaneck. Its leadership has in various media reports suggested that consolidating every hospital into a small number of health networks might not be good for the state.

Michael Maron, CEO and president of Holy Name, said in an email to ROI-NJ that he doesn’t believe mergers have been driven primarily by coordination of clinical services or economic benefits.

“Those messages have been carefully crafted by marketing and PR teams behind the scenes,” he said. “The driving force is far more basic than that, and it has everything to do with money and negotiating power. We — in the health care industry — have watched this emerge over the past two decades, and these mergers have been triggered by how insurance companies do business. They all have their own rate structures and their own methodologies as to how they pay. And (the insurance companies) have quietly commandeered the marketplace by controlling prices — specifically the way reimbursement rates are negotiated among hospitals.”

As a result of the negotiation of prices in those selective networks, he added, reimbursement rates looks very different for merged health systems than independent hospitals.

“(But) it’s a domino effect — if you’re a standalone hospital that can’t negotiate rates that support your bottom line, then you won’t have the ability to expand or grow,” he said. “All of your talents and resources are then funneled into surviving, not thriving. If you’re unable to find creative solutions and can’t shave costs elsewhere, then it’s likely you’ll be forced to merge. Holy Name prides itself on being innovative and it’s how we carved out a space for ourselves in this climate.”

The other small hospital network that has resisted the pressure to merge with larger providers is Valley Health, which runs Valley Hospital in Ridgewood. Its president of clinical integration and physician enterprise, Robert W. Brenner, expresses much of the same skepticism.

“What we’ve seen is that the evidence isn’t clear merging produces greater quality output or that it lowers the cost of care,” he said. “In some cases, it’s even deleterious to patient satisfaction.”

Back in 2012, just after the dynamic shift of the Affordable Care Act started to inspire a frenzy of mergers in the Garden State, a report by the Robert Wood Johnson Foundation found that hospital consolidation “generally results in higher prices.” And that the effect on price could exceed 20% in already concentrated markets, according to the report.

The concerns aren’t entirely new. And those that have steered their hospitals clear of a merger agreement throughout the years still see why merging has been an attractive option for an independent hospital that wants to better its financial position.

“Mostly, the idea is to achieve an economy of scale and increase breadth of care or geographic reach,” Brenner said. “It’s also done sometimes for capital needs. For every position in the market, you have pros and cons.”

With the additional expertise Valley Health System is able to call on through affiliations with Mount Sinai Health System and Cleveland Clinic, the hospital group doesn’t feel as if it lacks a breadth of care, and, even as it’s in the midst of constructing a $735 million, 362-bed hospital in Paramus, Brenner said the organization’s capital needs are limited.

As far as what it gets out of not being bought out by a statewide health system, Brenner said it’s hard to put a price on some of the advantages.

“Because we’re not so large, we have a culture that is very strong and I believe that translates to patients being able to feel the personal touch and patient-centered care we deliver,” he said. “I don’t think we need to leverage market share based on size, but quality.”

One of the more interesting perks he cited was how a hospital free of larger ownership might be more able to deal with the shifting landscape for health care in the country.

If that proves to be correct — especially with the coming presidential election and various campaigns promising big changes for the sector — that might prove to be the most overlooked boon for these last-remaining independent medical centers.

“Being independent, we’re very nimble,” Brenner said. “We don’t have to answer to multiple boards; the governance is very clear. And the ability to be nimble I believe allows us to better respond to some of the changing tides coming and those already present.”

A lot happens outside a hospitals’ doors before patients walk through them. And New Jersey is a step ahead in emphasizing those behind-the-scenes social determinants in health care.

In mid-January, Gov. Phil Murphy signed into law legislation that establishes a “Regional Health Hub” program, which recognizes the role of local partnerships in addressing the health care challenges experienced by vulnerable populations, such as older or lower-income individuals.

Kimberly M. Birdsall, executive director of the Health Coalition of Passaic County, described her organization as “A data-driven organization that will be working diligently to align the community partners and help unify them around improving the health of the underserved.” It was spawned out of a collaborative effort involving St. Joseph’s Medical Center.

Her organization and the others it’s now in league with have been working separately to address inequities in health outcomes and the social determinants that play a role in that. That work ranges from improving access to cancer screenings in hospitals to exploring environmental factors such as tobacco use.

The trio of organizations will combine efforts — and, importantly, data — to support the state’s larger health priorities. It’s early enough in the process that a lot of foundation is still being laid. But those dedicated to the work believe there’s a promising road ahead.

“It’s a really exciting time to be working in public health,” Birdsall said. “I’m so appreciative of the support we’ve been provided as we have evolved. I think we’re going to be a leader in some new models and we’re excited to pull the community together to improve health care and access to resources.”