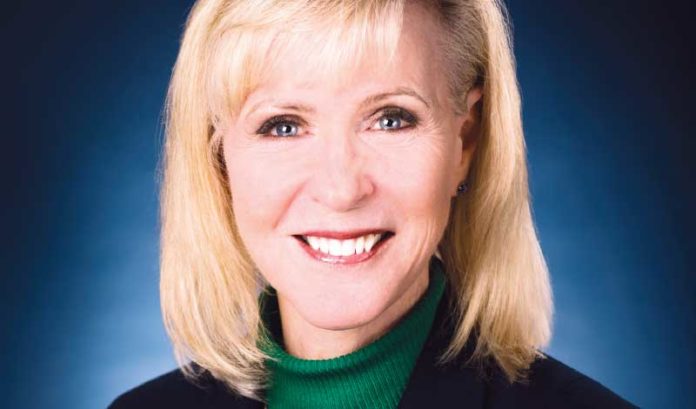 The concept of hospice care in the U.S. grew up alongside the birth of the internet in the ’80s.

But that doesn’t imply it has been fundamentally changed by it.

While digital technologies have affected all aspects of life — including just about every segment of the health care sector — the way hospice caregivers handle someone’s physical, emotional and spiritual needs at the end of their life more often recalls an era prior to the World Wide Web.

Samaritan Healthcare & Hospice was one of those that was there from the start. There were no more than 100 hospice organizations that existed anywhere in the country when it turned a small Moorestown building into one of the state’s only hospice centers in 1980.

Mary Ann Boccolini, CEO and president of Samaritan, has spent two decades in a leadership role at what has remained the state’s largest hospice organization. She said Samaritan was created based on the work of visionaries who saw the first U.S. hospice created in Connecticut in 1974 and believed there should be a local iteration.

“And, what has not changed since then is the core of why we were founded and what we’re here to do,” Boccolini said.

For her, that means not hastening death — but, instead, having a reverence for the sacredness of life and creating a comfortable environment where the terminally ill can restore “wholeness of self.”

That’s not a picture that a computer screen fits neatly into.

For that reason, Samaritan and the more than 5,000 institutions like it that now exist — a mixture of for-profit and nonprofit groups, with Samaritan being the latter — have proved resilient to the tech-fueled disruption that has visited other areas of the health care industry.

“If there’s technology that’s helping with procedures or treatment, depending on what it is, we may utilize it,” Boccolini said. “But most of these diagnostic tools are geared toward curative care, not for what we’re doing.”

Boccolini mentioned that hospice care organizations are just as tied to electronic medical record regulations and reporting requirements for reimbursement. And, using artificial intelligence systems, there are solutions providers streamlining the documentation and workflow around those processes.

Hospice organizations are some of the beneficiaries of those upgrades, along with enhancements to platforms that allow them to access secure patient-care data from other providers.

What Boccolini expects could be truly revolutionary is if the industry had access to more robust data analytics to predict with more specificity a patient’s prognosis.

“It’s not that that doesn’t exist at all, but the (systems) aren’t totally well developed in terms of predictions,” Boccolini said.

When it comes to efforts to revolutionize the hospice care space specifically, there was recent news that one of the nation’s largest hospice groups, the for-profit VITAS Healthcare, would be trying out virtual reality and augmented reality systems.

VITAS Healthcare, which has an inpatient hospice unit at St. Joseph’s Wayne Hospital, said it would partner with AT&T to develop and test therapies using 5G virtual reality systems to address chronic pain and anxiety among hospice patients.

As far as the cutting-edge technology New Jersey hospice centers are currently employing, it’s a limited to a small-scale utilization of videoconferencing platforms.

But Boccolini said at the end of the day, that — or any other technology — just isn’t what end-of-life organizations are built on.

“We’re a hands-on service,” she said. “And it needs to be that way. There are some forms of care that can be delivered remotely, but, for us, our interventions are with the patient and family in person. That’s absolutely what’s needed at the end of life.”

Back in August, Gov. Phil Murphy signed a bill creating an advisory council on palliative care.

While the new law did outline some provisions for expanding public awareness of hospice programs as well, palliative care and hospice care aren’t one and the same.

Both types of care provide options for people living with serious illness. Both aim to improve quality of life, too.

But hospice care is for people diagnosed with a terminal illness who have sometimes less than six months to live. These individuals aren’t at the same time pursuing curative treatment.

On the other hand, palliative care, which hospitals and health care system have increasingly opted into when expanding post-acute care options for patients, is for people at any stage of a serious illness, sometimes right after a diagnosis.