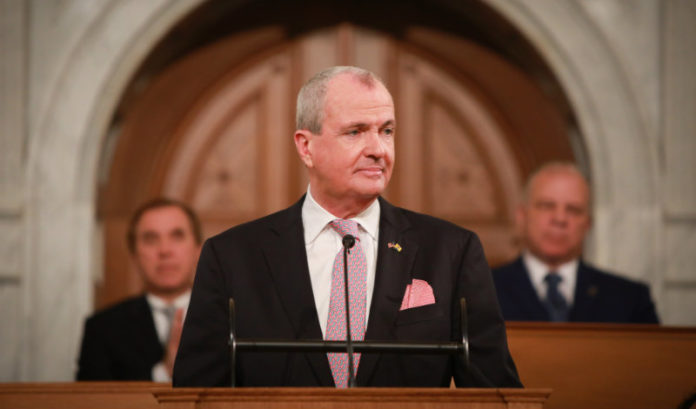 Gov. Phil Murphy will be the headline speaker at the Congressional Dinner that highlights the 83rd annual Walk to Washington on Feb. 27 at the Marriott Wardman Park in Washington, D.C., the New Jersey Chamber of Commerce announced Thursday.

Nearly every member of the New Jersey congressional delegation will be in attendance.

Every member of the state’s House delegation will be there except for Rep. Albio Sires (D-8th District).

For more information about the Walk to Washington, click here.

The annual train trek to the nation’s capital attracts New Jersey business leaders in every industry and political leaders in every level of government, giving guests unprecedented opportunities for conversation, visibility and business networking.

“The Walk features the kind of super-networking that helps businesses grow,” state chamber CEO Tom Bracken said. “That is why we have been doing it for 83 years. It is New Jersey’s biggest business event of the year.”

Guests will have the opportunity to hear from Murphy and members of New Jersey’s congressional delegation as they discuss efforts to build the economy and generate jobs as well as talk of the challenges in D.C. facing Congress and President Donald Trump’s administration, Bracken said.

Every winter, chamber members board a chartered Amtrak train to Washington for the Walk to Washington, a name given to the event because riders on the train walk up and down the aisles discussing issues and generating business contacts.

Last year, the Walk to Washington and Congressional Dinner attracted nearly 1,000 business executives and government officials, and more than 40 members of the news media.

The upcoming Walk to Washington begins the morning of Feb. 27, when the chamber’s train picks up passengers at Penn Station in Newark. The train then makes stops in Iselin (Metropark), New Brunswick, Trenton, Philadelphia and Wilmington, Delaware, before heading into Washington.

Participants spend the evening at a grand reception and at the Congressional Dinner at the Marriott. The networking continues the next morning with a reporters’ roundtable breakfast followed by the charter train’s return trip to New Jersey, bringing guests back to their point of origin.

The trip came under scrutiny earlier this winter, when an article in New Jersey Advance Media citing a toxic culture toward women in Trenton discussed the trip.

Bracken said the chamber has been proactive in addressing the issue.

The chamber will be enhancing security dramatically, he told ROI-NJ. Efforts include more security on the train and a number people can call in real time to deal with issues. The chamber, he said, will be ready.

“We will deal with every instance aggressively,” he said. “We will talk to the people who are supposedly the perpetrators immediately. And, if the people do not comply, we will not allow them to participate anymore on that trip. And there’s a possibility, if it’s egregious, we will ban them from any event going forward. That’s in our code of conduct.”

State Sen. Loretta Weinberg (D-Teaneck), who has organized a working group on the issue, earlier this week encouraged women to make the trip.

“We have people on the working group who are going on the train,” she said. “Let’s start with that.

“I would think that people who view this as good for networking should go. I’m not suggesting anybody not go.”

Weinberg said she has been pleased with the response from the New Jersey Chamber of Commerce regarding inappropriate behavior in the past.

“I think they’re taking this very seriously,” she said.