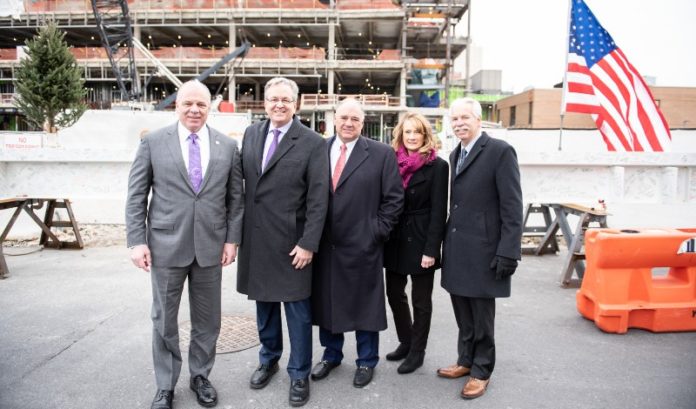 Jefferson Washington Township Hospital announced on Friday it held a topping off ceremony for its new $184 million patient tower, anticipated to open in summer 2021.

In attendance was Jefferson leadership and staff, including Dr. Stephen Klasko, CEO of Jefferson Health and president of Thomas Jefferson University, as well as New Jersey state and local officials.

The seven-floor, 243,500-square-foot tower will have 90 private patient rooms, a two-story lobby, a same-day surgery unit, a roof helipad, a cafe with outdoor dining, and more. The overall $222 million campus transformation began in 2018 with the construction of an eight-level parking facility, completed in April 2019.