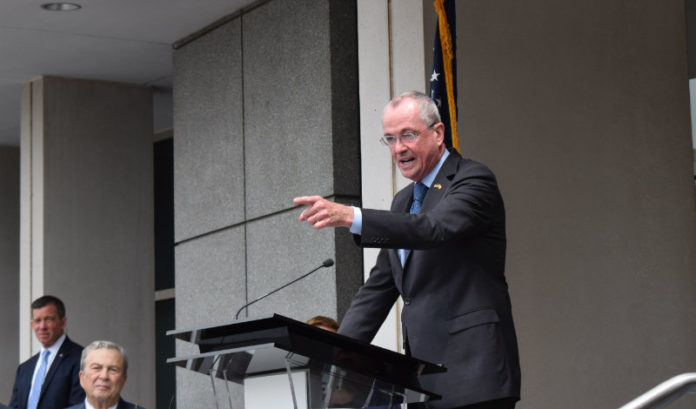 Gov. Phil Murphy revealed Saturday that he has a tumor on his left kidney that almost certainly is cancerous, that he will have surgery to remove it in early March and that the prognosis is “very good.”

In a tweet sent out at approximately 7:25 p.m., Murphy wrote:

“Friends — I’ve got a tumor on my left kidney and will undergo a partial nephrectomy in early March to remove it. The prognosis is very good and I’m profoundly grateful to my doctors for detecting the tumor early.

“Over 50,000 New Jerseyans will hear the words ‘you have cancer’ this year, so I’m far from alone here. It’s a situation that far too many families find themselves in. That’s why we’re fighting for them each and every day.

“Health care is a right, not a privilege for a select few, and skyrocketing medical costs are a national emergency. If there’s anything my diagnosis reminds me of, it’s that preventative services are lifesaving and we need to continue fighting for affordable health care for all.”

Friends – I’ve got a tumor on my left kidney and will undergo a partial nephrectomy in early March to remove it. The prognosis is very good and I’m profoundly grateful to my doctors for detecting the tumor early.

The news was first reported by NJ Advance Media, which did an interview with the governor and the first lady, Tammy Murphy, earlier Saturday from their home in Middletown.

In that interview, Murphy, 62, said he believes the cancer was caught at an early stage and that he has “complete confidence” doctors will be able to remove it. He also told NJ Advance Media that he does not expect he’ll have to undergo chemotherapy or radiation treatment.

Murphy told reporter Brent Johnson: “The expectation is that, overwhelmingly, assuming nothing happens on the operating table or you don’t get an infection or something, you’re back on your feet and back in the game without any impairment going forward.”

Murphy said the tumor is 3 centimeters and on his left kidney. During the surgery, called a partial nephrectomy, doctors will remove part of the kidney but not the whole organ.

Murphy told NJ Advance Media that his family has no history of cancer and that the tumor was detected during a regular checkup.

Lab rap: Hart has given up R&D to teach fellow scientists...